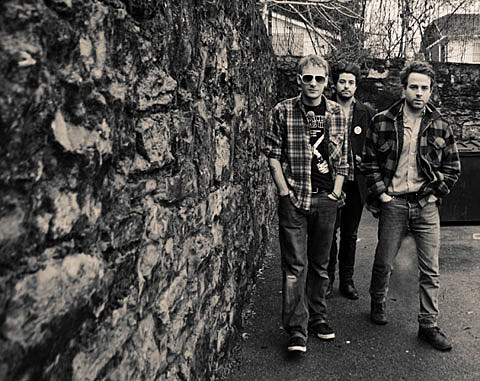 As previously mentioned, Middle Brother is the alt-country supergroup consisting of Taylor Goldsmith of Dawes, John McCauley of Deer Tick, and Matthew Vasquez of Delta Spirit (each the frontman of their respective bands). As also mentioned, that group is releasing a self-titled album on March 1st. And now the first tour dates in support of that album have appeared.

Middle Brother AND Deer Tick AND Dawes (but not Delta Spirit even though Matt will be there as a member of Middle Brother) will each play a set at Music Hall of Williamsburg on March 5th, Bowery Ballroom on March 6th, and Theatre of Living Arts in Philly on March 9th. All three shows go on sale Friday at noon (worth noting: Deer Tick, Dawes and Delta Spirit have all headlined their own shows at Webster Hall already).

MEANWHILE, catch John McCauley on his solo tour with The Shivers that kicks off January 14th in Boston, and catch Middle Brother contributor Jonny Corndawg at one of his upcoming shows too. Some of those Corndawg dates are with Dawes this month. All Dawes dates and some videos below...

Middle Brother // Me Me Me [live] from Brandon Tauszik on Vimeo.