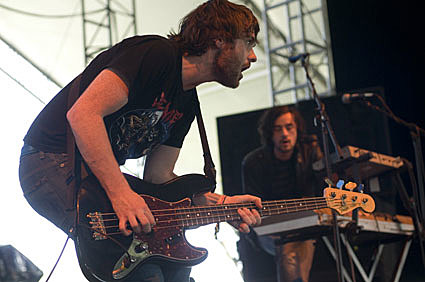 If you're still standing after everything that went down Thursday & Friday there is plenty more to do this weekend. That and more below...

If you're feeling adventurous and want to get out of this city...ROAD TRIP! Head up to Albany to see Justice, MGMT, Lotus, The Whigs and Heartless Bastards for FREE. By car it's supposed to be about 3 hours. Speaking of MGMT you can download the new Soulwax remix of "Kids" at the top of this post. You can also buy tickets for Soulwax's October 24th Irving Plaza show. Yes, I know they are $55 and was initially shocked, but in my opinion it's worth it. Soulwax is consistently awesome. There are also a lot of other acts on the bill including: Pete Tong, Rob Da Bank, The Whip (download the FFS remix of their track "Divebomb" at the top of this post), Luciano, Late of the Pier, and James Lavelle. Tickets to the show back in August were $25 and the openers were local deejays Alex English and JDH & Dave P. Do whatever math you want - I suggest going to the October show. Also, in other MGMT-related matters, the Chemical Brothers are producing the band's next "psychedelic" album. Check out a live performance of the Chems' Private Psychedelic Reel at the 2002 Bizarre Festival in Germany:

This Saturday (9/13) is the first Warm Up and Beach Party-less Saturday of summer :( You can still get down outside during the day at Minitek though. More info on that in Thursday & Friday's post.

Midnight Juggernauts are at Le Poisson Rouge. After being a bit disappointed in their set opening for Justice at Terminal 5 last fall, and enjoying their performance much more at Bowery Ballroom in May I am really looking forward to seeing Midnight Juggernauts again, especially now that I've heard their album Dystopia which incidentally is great. Check out some remixes of their track "Into the Galaxy" on RCRDLBL.

That same night fellow Aussies, The Bumblebeez, deejay as well as scratch master, Grandmaster Flash, who rocked the crowd recently at Webster Hall in May . You can download 2 Bumblebeez tracks, "Rio" and "Black Dirt" at the top of this post. I really, really like the music (which might have something to do with the fact that its on James Ford of Simian Mobile Disco's ever-growing list of productions which include records by Klaxons, Arctic Monkeys, and the Last Shadow Puppets to name a few) but the vocals, despite being infectious as hell, are not my favorite. Just a heads up if you like what you hear from Bumblebeez in this post and on Saturday (show info below) - they are about to go on tour with Ladyhawke and have some other New York dates coming up: 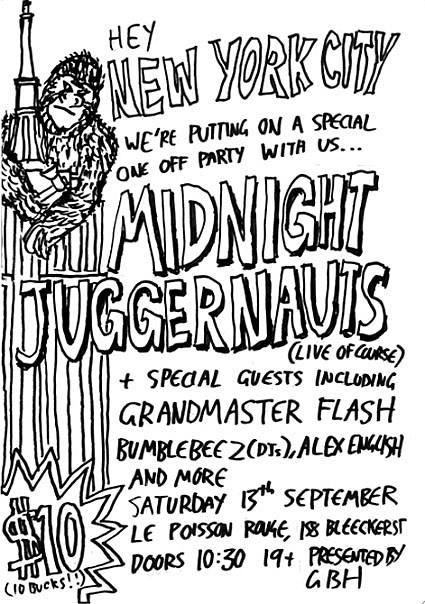 DJ Harvey is one of those dudes whose musical legacy defies the basic tenets of success. He has released tracks under various pseudonyms on labels such as Mo' Wax, Dorado, Ministry Of Sound, Skint and Junior Boys Own. He has produced and remixed tracks for Jamiroquai, Brand New Heavies, The Police and Cornershop as befits his eclectic style. He is one half of the duo behind the classic and elusive Black Cock record label, recreating famous and lost edits of disco records by house music pioneers such as Larry Levan and Ron Hardy. The man is a legend from way back. That's all you need to know. 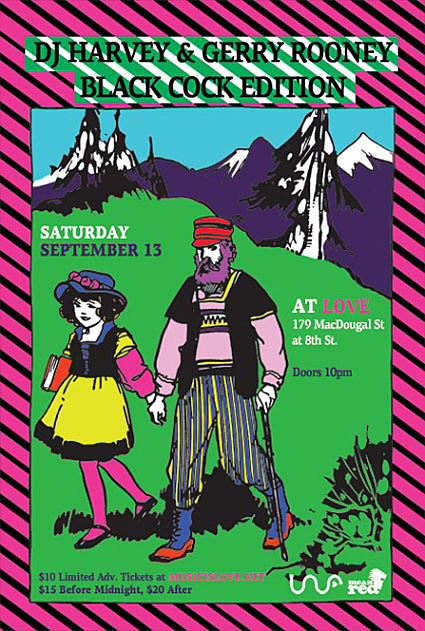 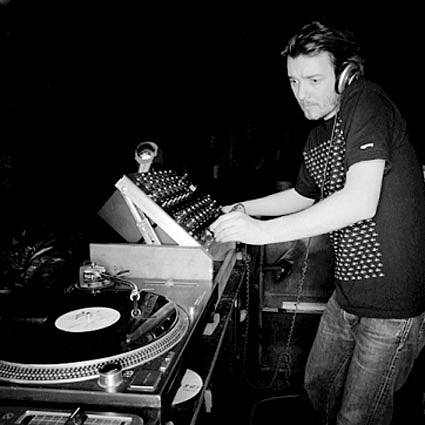 Sunday Best at the Yard is over for this summer :( but there are still some events coming up there! This Sunday Ete D'Amour continues to unite France and New York, bringing Ed Banger/Bpitch Controller Feadz over to join New Yorkers Stretch Armstrong and Holy Ghost. 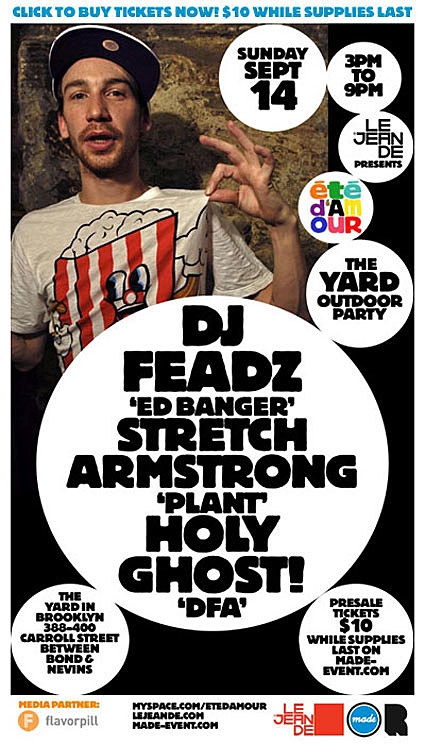 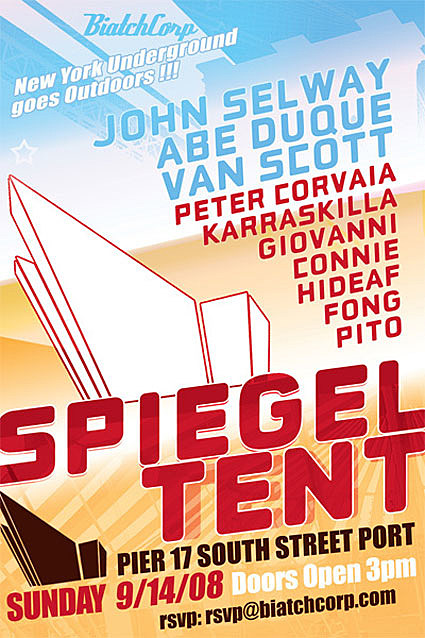 If you want to take advantage of your last few chances to stick your feet in some sand...Minitek's day events continue at Coney Island (see Friday's post for more info) and Tommie Sunshine is deejaying at Water Taxi Beach in Long Island City. You can buy advanced tickets for that here. I think Tommie gets a bad rap...mainly because his hot girlfriend is on many of his album covers that all too closely resemble those cheesy Ibiza comps. Thankfully the album covers are where the similarities stop and Tommie is actually quite a good deejay. I first saw him back in November and was blown away by his set. I saw him a number of times afterward and none of his sets disappointed. He really changes things up every time, so you never know what to expect...other than for it to be good and well-mixed. If you like what you hear from Tommie he is deejaying at the Blender Theater on Monday (9/15): 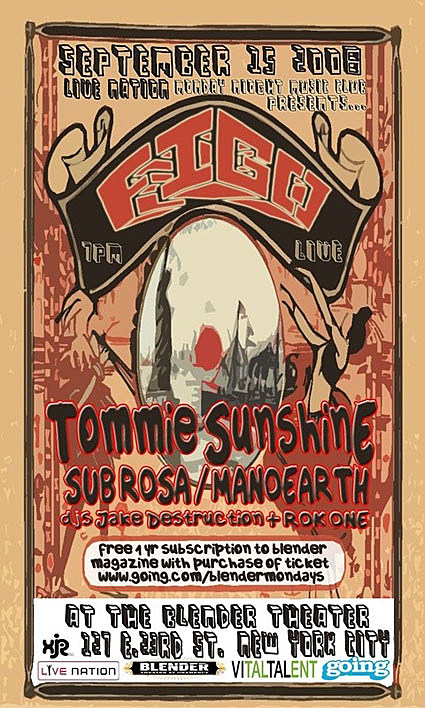 One final option for Sunday is indoors at Santos. JDH & Dave P bring Digitalism in for a dj set. A lot of people are about 'em, but I have really mixed feelings about Digitalism. 2 CMJ's ago I arrived at Hiro too late for MSTRKRFT, but just in time for Digitalism's dj set and remember it being really nondescript. I was still getting my feet wet in terms of newer electronic music at that time, but I just couldn't get into their set at all. Because of that I made it a point to avoid them despite reading how amazing their album Idealism was on every blog. Slowly but surely, a few months ago I began to realize that here and there I had been exposed to some Digitalism tracks and actually liked them. Maybe I was mistaken about that set... 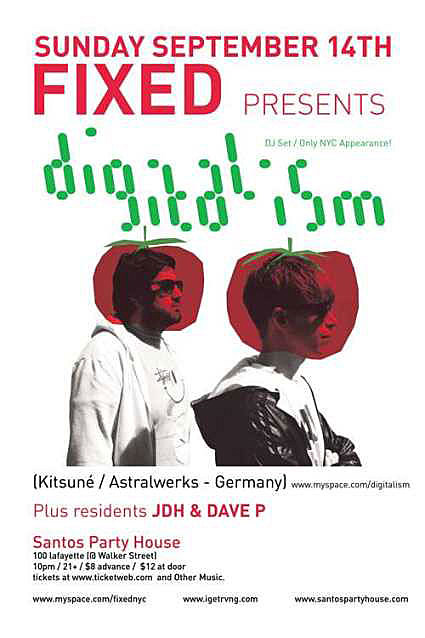 That's it for the weekend, but there's already stuff happening going into next week. A recap of a few things I quickly mentioned above + a few others: 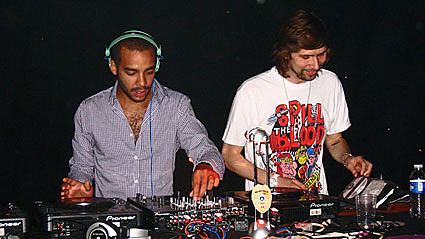 Further down the line Busy P and DJ Mehdi are going to be at Santos on Thursday. I know a lot of people are getting tired of Ed Banger and the inevitable backlash has begun, BUT these two are really good deejays. Mehdi's energy and exuberance behind the decks is consistent and unmatched. Label head Pedro Winter spun what was undoubtedly one of the most fun and varied deejay sets I'd seen in a long time at Le Royale back in March. Earlier that same week I caught just 15 minutes of a set Busy P & DJ Mehdi did opening for Justice at the Theater at MSG and together the dudes are magic behind the decks. Don't sleep on this one. It's going to be "...seriously the fun":