Midnight Oil's "The Great Circle" world tour made a second trip to NYC, hitting Terminal 5 on Monday night (8/21). The Australian rock icons are good about switching up their setlists, and in addition to favorites like "Dreamworld," "Kosciusko," "The Dead Heart," and "Best of Both Worlds," the T5 saw tour debuts of "Heart is Nowhere" and early ripper "Is It Now." The band also paid tribute to the late Joe Strummer, who would've turned 65 on Monday, by covering The Clash's "London Calling" and you can watch video of that, and check out a picture of the printed Terminal 5 setlist, below.

Fellow Australians The Living End opened the show. Pictures are below. 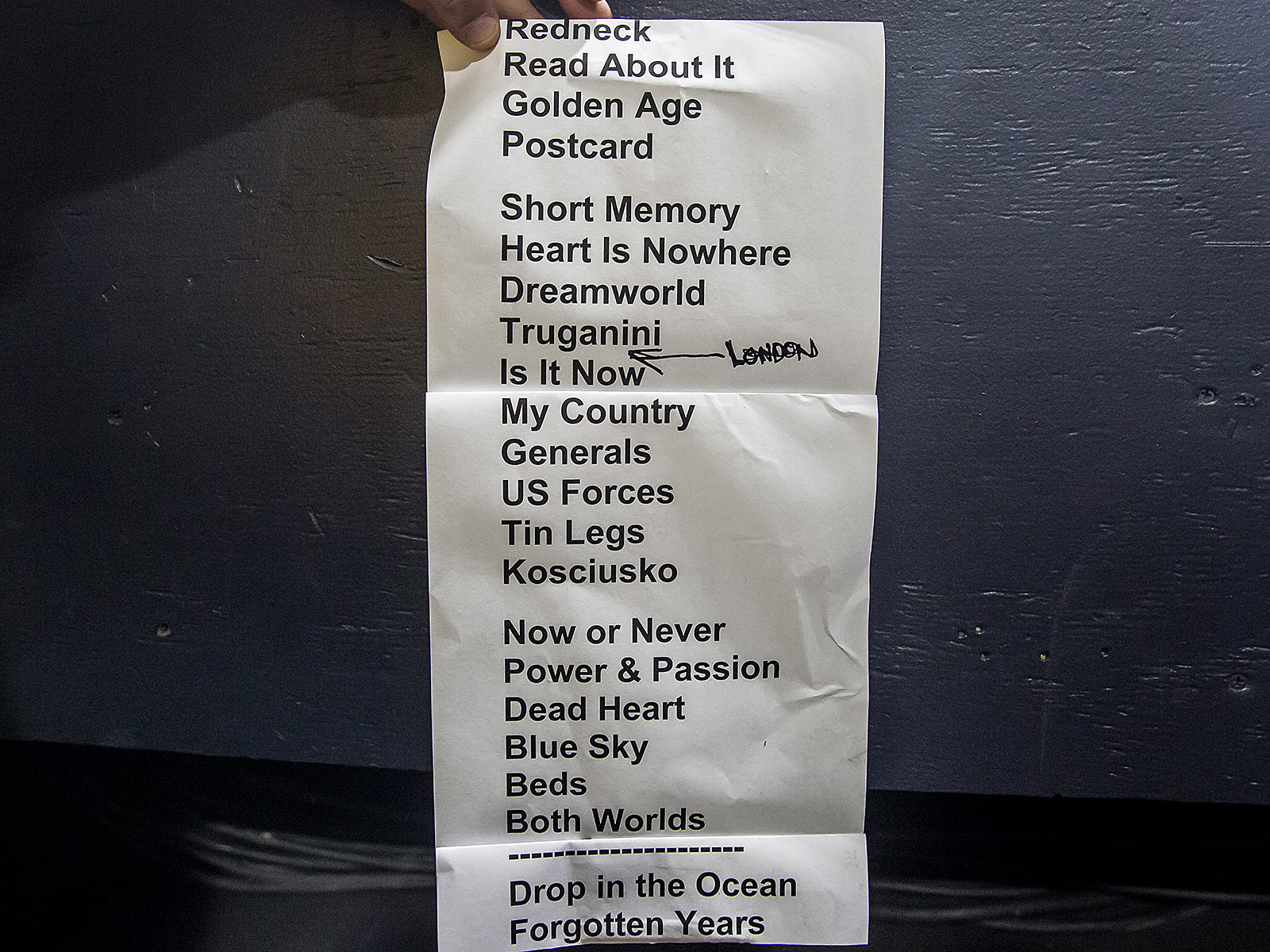