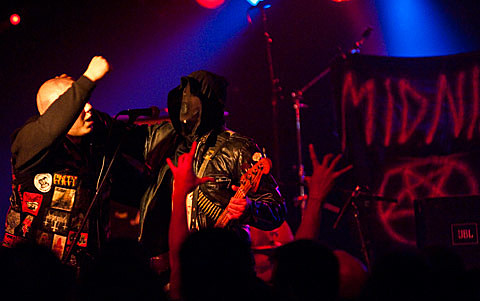 Midnight will headline a killer bill at Acheron in Brooklyn on April 7th featuring an appearance from crusty thrash team Parasytic, over-the-top sleazoids Villains, and crust-death killers Trenchgrinder. The show is the band's only current US date, with a second show going down in Germany as part of Heavy Metal Mayhem. Don't miss it. Stream some Parasytic and Trenchgrinder material below, and download their demo for free at Bandcamp.

Midnight's Satanic Royalty was one of my favorite albums of the year, and I recently caught them live at Rites of Darkness.

Stream that Trenchgrinder and Parasytic's recent LP Poison Minds below, alongside the flyer. 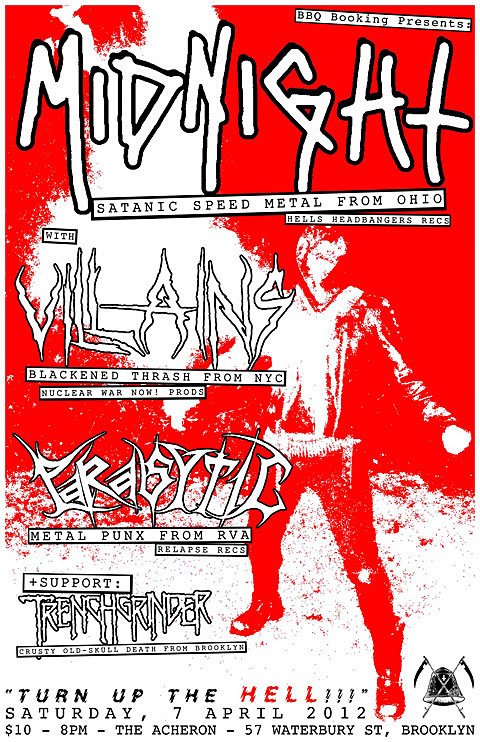