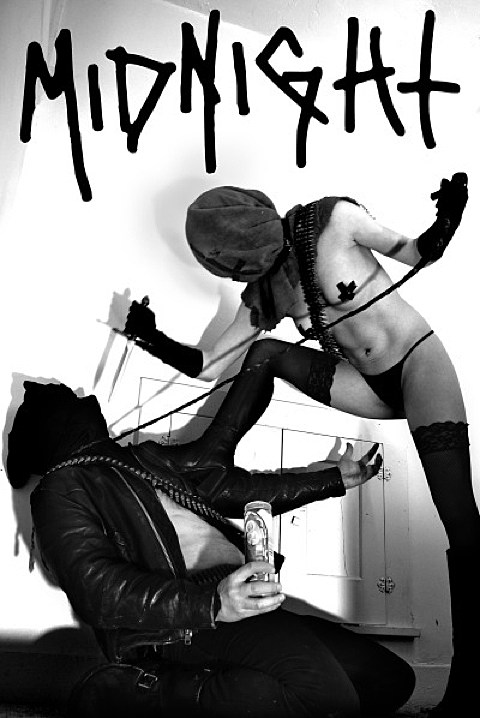 Cleveland's filthy punk and rock-fueled metal band Midnight is releasing a new album titled No Mercy for Mayhem on August 19, and the band is currently streaming the album's first single, "The Final Rape of Night." Give that a listen below--the thing drips venom.

No Mercy for Mayhem is being released on Hells Headbangers, and Midnight contributed "The Final Rape of Night" to the just-released seventh free Hells Headbangers sampler. The comp is loaded, with contributions from High Spirits, Zemial, Witch Cross, Inquisition and many more, and will be handed out at Maryland Deathfest, which kicks off today (5/22) without Triptykon--here's an updated Thursday schedule.

Midnight just played Scion Rock Fest along with the likes of Machine Head, Windhand and Bl'ast--our brethren at Invisible Oranges were there to catch the action. Midnight currently have two more dates scheduled, one of which is at New York Deathfest at Saint Vitus. That's a massive two day (July 26-27) affair, and Midnight will play with Mortician, Devourment and many more on day one, while day two will be headlined by Defeated Sanity. Head below for the full lineup. Tickets, including individual day tickets and a 2-day pass option, are on sale.

Not in NYC? Austinites can catch Midnight with Absu, Morgengrau and Hod on August 30.