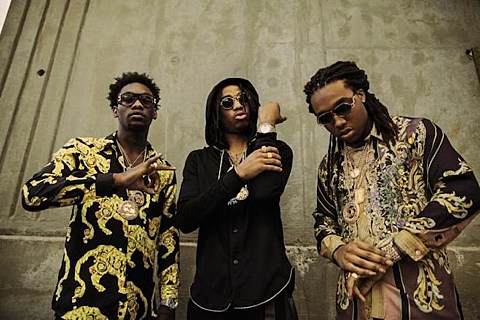 Atlanta rap trio Migos already caught a lot of buzz off their mixtapes, and now they're planning to release their debut album, YRN Tha Album, on June 16 via Quality Control/300 Entertainment. The album's set to feature Lil Wayne, Meek Mill and more, with production from DJ Mustard, Zaytoven and more. You can watch the video for recent single "One Time" below.

Now Migos announced a tour in support of the album with their Quality Control labelmate OG Maco, which brings them to NYC on May 7 at Irving Plaza. Tickets for that show are on a variety of presales now, and go on sale to the general public on Friday (4/3) at 10 AM.

All dates are listed, with the "One Time" video and the video for OG Maco's viral hit "U Guessed It," below...