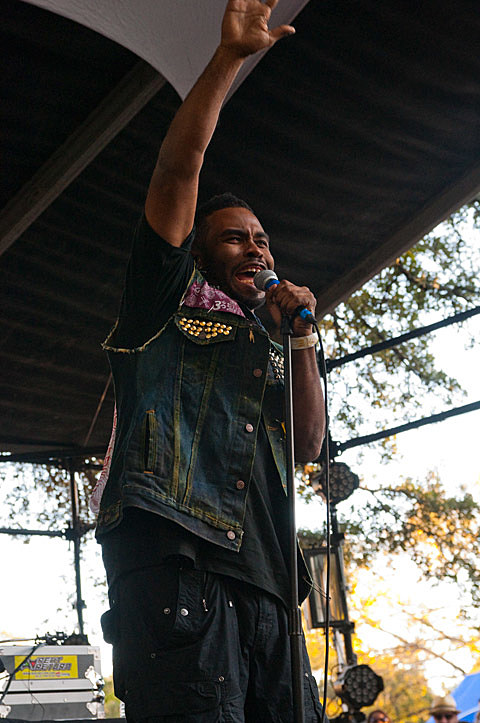 In addition to the free show at Weeksville Heritage Center, Pharoahe Monch has a few other NYC shows in July. He plays B.B. King's on July 12 with Heltah Skeltah, OGC, and Black Rob. Tickets are still on sale.

Pharoahe Monch also appears as a guest with the Miguel Atwood-Ferguson ensemble at Harlem Stage on July 9 in Annunciation Park (entrance Amsterdam Ave. and W. 134th Street). Jazz vocalist Jose James and Zap Mama will also be guests at the FREE show that Taylor McFerrin opens. J. Period is the evening's DJ. This one runs from 5-9 PM, with 4 PM gates. "In addition to the live music, concert guests enjoy food and hand-made products from local vendors, and an American Airlines raffle. Blankets only, no lawn chairs allowed."

If you haven't heard of multi instrumentalist/dj/arranger/composer/music director/producer/educator Miguel Atwood-Ferguson, you probably at least know some of his collaborators like Stevie Wonder, Outkast, Rihanna, Flying Lotus, Aloe Blacc and countless others. His ensemble performs original music, covers of unreleased J Dilla tracks, and will pay tribute to Gil Scott-Heron at the Harlem show.

A similar show happened in LA in 2010 with Flying Lotus as part of the ensemble and with special guest Aloe Blacc and Bilal. You can listen to that entire peformance, and watch some video from it, below....