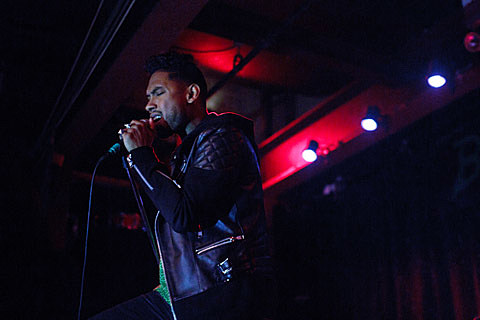 Miguel... has been charged with 2 counts of drunk driving stemming from his August 15 arrest in L.A... [when] the 27-year-old was initially stopped for excessively dark tint on the windows of his 2013 BMW X6 ... and during the stop, cops suspected Miguel had been drinking. -[TMZ]

Law enforcement sources say Miguel was cooperative during the bust ... and that his blood alcohol level was .10 ... just above the legal limit in California. He'll face a judge next week.