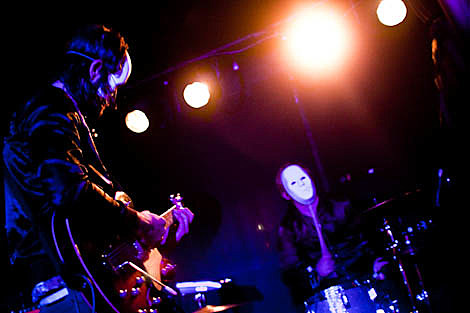 Miike Snow have scheduled a North American tour for March/April 2010. That will include two NYC shows. One, Friday, March 26th at Music Hall of Williamsburg has tickets that are on sale now. Tix for their other show, March 27th at Webster Hall, go on sale Friday, Nov. 13th at noon.

The combination of Swedish producers and multi-instrumentalists Christian Karlsson and Pontus Winnberg along with New York-based songwriter Andrew Wyatt will expand on their dynamic sound with a six-piece band!

A live, in-studio version of their single "Black and Blue" and all tour dates are posted below...