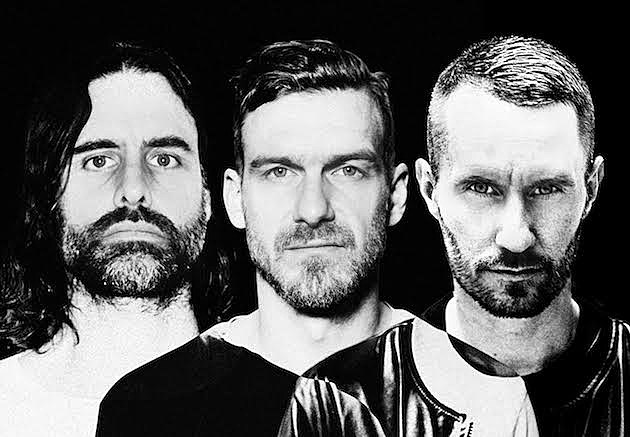 Swedish pop act Miike Snow kick off their upcoming North American tour with a record release show for their new album iii on 3/3 at Le Poisson Rouge in NYC. That show has sold out and they have added another NYC date, this one the next day (3/4) at Warsaw in Brooklyn. Tickets for the Warsaw show go on sale Thursday (2/4) at 10 AM. Both of these shows are presented by Governors Ball who will have Miike Snow playing the fest in June. Updated dates are listed below.

In other news, Miike Snow singer Andrew Wyatt, in collaboration with German artist Sarah Ortmeyer, will be part of an event called "Valium Valentine" which happens at MoMA PS1 on February 14. Here's what it's all about:

Throughout the six-hour musical performance Mr. Wyatt is joined by male guest musicians for an improvised durational piece. Creating an emotional peak at the top of every passing hour, female singers each perform a song that Mr. Wyatt has composed especially for the occasion. In her artistic practice Sarah Ortmeyer often explores moments of ritualized happiness. For VALIUM VALENTINE she transforms the VW Dome into a planetarium of egg-shaped stars within a set that is as romantic as it is sad.