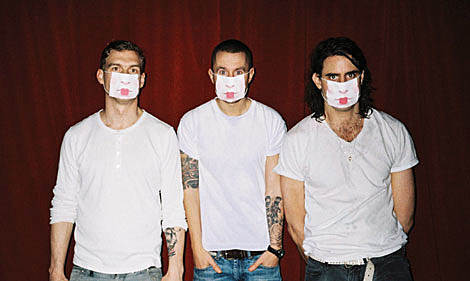 Swedish duo Christian Karlsson and Pontus Winnberg are childhood friends who spent time playing in bands and working on various projects in studios throughout Gothenburg. After separate moves to Stockholm they reunited in 2000 when their paths crossed with American Andrew Wyatt to write a pop album for a someone else. The release was small, there was little distribution and an alleged large sum of money was lost in the process. The three stayed in touch and a friendship was formed and in 2007 Miike Snow was born.

Karlsson and Winnberg's backgrounds in the DJ scene and punk bands alongside experiments in progressive electro and new rave lead to a series of writing/producing stints with Madonna, Kylie Minogue and Britney Spears -- culminating in their Grammy win for Best Dance Recording with her song "Toxic." Wyatt has been a member in Black Beetle (with Joan Wasser) and The A.M. (with Michael Tighe). He had an album come out this year with the band Fires of Rome as well writing and producing the new Daniel Merriweather album with Mark Ronson. [Downtown Music]

The guys in Miike Snow were to play their first North American show at Santos Party House on Tuesday, May 19th, but that that, along with the band's other scheduled dates, was postponed.

Instead that first North American tour will happen in June. Dates include a June 6th Brooklyn show at Studio B with Natalie Portman's Shaved Head ($5.00 tickets), a June 20th show at the Music Hall Of Williamsburg and a June 22nd show at the Mercury Lounge (although in some places the Merc show is listed as happening on June 21st). At the MHOW show, Miike Snow will open for The Maccabees (Hatcham Social are playing too). Tickets are still on sale for that gig too. No tickets for the Mercury Lounge show yet. Lollapalooza on August 8th is also on the band's summer schedule.

The group's self-titled debut comes out on Downtown Music till June 9th, but it's currently available early on iTunes.

A pair of tracks from that record are available for free from RCRDLBL. Those include album operners "Animal" (which is also above) and "Burial," both with several remixes, and Miike Snow reworkings of Vampire Weekend's "The Kids Don't Stand a Chance" and Peter Bjorn and John's "It Don't Move Me."

Album art, track list and all upcoming tour dates, below... 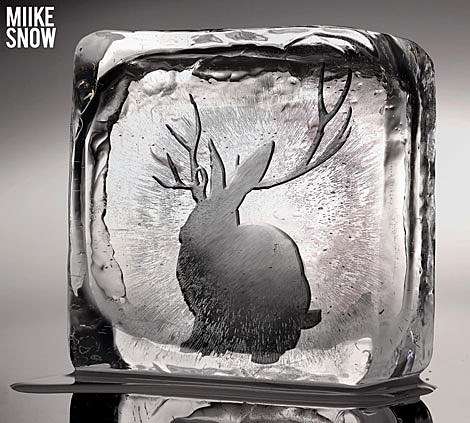