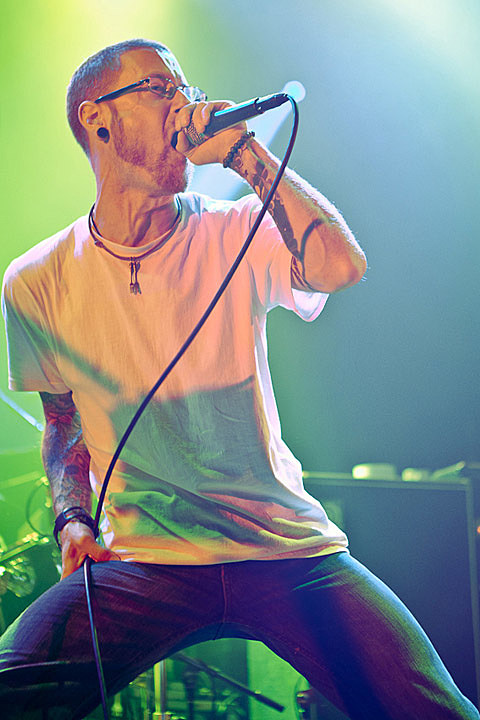 Whenever vocalist Mike Armine isn't handling vocals over spacey post-hardcore riffs with his band Rosetta, you can probably catch him crouching in the corner activating some of the samples and ambient tracks that provide texture and depth to their live show. Now Armine is welcoming an LP of tracks that further explore his ambient tendencies with Verse & Cleansing Undertones of Wake/Lift, a full-length that delves head-first into waves of noise, tones, and feedback, abandoning some of the clenched-fist approach of Rosetta in favor of introspection. Stream all of Verse & Cleansing Undertones of Wake/Lift below and look for the LP on Translation Loss Records this week.

Rosetta released a split with Junius and the The Determinism of Morality LP last year, and recently played with Kings Destroy at Saint Vitus on March 14th. The band will return to the space on April 21st as a special guest where they will join Giant Squid, Fight Amp and East of The Wall. Tickets are still available.

All tour dates and that Mike Armine stream below...