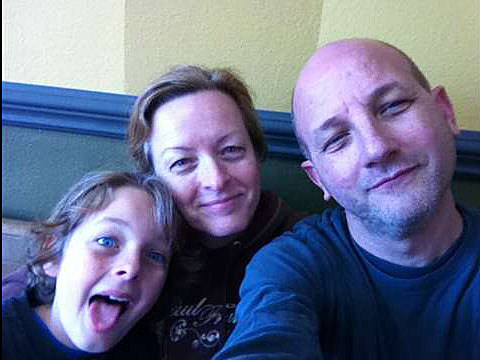 Mike Atta, guitarist for what some consider the first-ever hardcore band, The Middle Class, is in trouble and needs your help:

My name is Joanne Jimenez and my big brother, Mike Atta, needs your help!!! Mike's battle with cancer began 3 years ago when he was diagnosed with stage IV kidney cancer in January 2010. He had surgery to remove it, a kidney and an adrenal gland and we were hopeful that the cancer was gone & that he would live a healthy life, but just a few weeks ago he found out that the cancer has returned and has now moved to his lungs. The news was devastating to Mike, his wife Pam and those who love him. It was especially difficult to tell his 10-year-old son, Van, that the cancer was back & that his dad had to be away for treatment during the week of Christmas. If you know Mike he is a happy, positive, resilient person before and after his initial diagnosis/surgery and you'd never know he'd had cancer and major surgery if you saw him during the last 3 years. He has an active life with a family and 2 retail business; and after his recovery had gotten back together with his Orange County punk band from the '70s, The Middle Class, playing shows around California.

Mike is doing well than the obvious health issues, but his treatments and recovery have taken its toll on his business and his wallet, despite having insurance. The family is currently accepting donations to help get Mike back to some semblance of normal. Give if you can, they are currently 38% towards their total goal of $50k.

Head below for a stream of The Middle Class' classic Out of Vogue 7" from 1978, what some consider to be the blueprint of hardcore.

The Middle Class - Out of Vogue 7"

Filed Under: fundraisers, hardcore, punk, The Middle Class
Categories: Music News
Comments
Leave A Comment
Skullpresser = hardcore from members of The Wonder Years, Mannequin Pussy & more (listen)
Rich Balling on The Sound of Animals Fighting’s comeback, learning to love pop music, and more
Mclusky postpone remaining North American dates due to Andy Falkous’ ear issues
Western Addiction’s Jason Hall tells us about his favorite albums of 2022
Vic Bondi (Articles of Faith, Redshift, etc) tells us about the music he loved in 2022
Bamboozle’s new poster would like you to know that they haven’t announced headliners yet