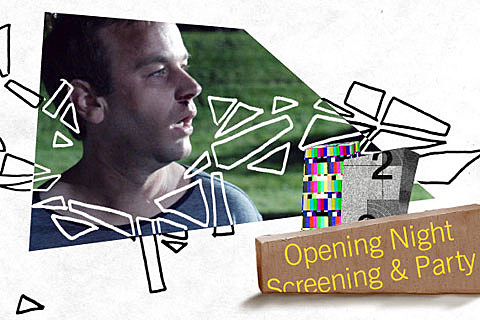 The other night I had a dream that I was in some sort of drug cartel. I was at the foot of a very steep mountainside looking up. At the crest of the mountain, teetering at the edge, was a massive, almost blimp-like bus full of rival cartel members. I produced a very large weapon full of some flammable, gelatinous substance and sprayed it all the way up to the bus, covered it, got it to ignite, and blew it up. As flaming cartel members fled the burning wreckage, I pulled out an immense automatic rifle that was apparently equipped with unlimited ammo and proceeded to pick them off one by one. Other members lost their footing and were rolling down the side of the extremely steep mountain and I proceeded to dispatch them as well. My accuracy was mesmerizing and the gore was gratuitous. Eventually more rival cartel members arrived and chased me into a rain forest where I was eventually cornered and had to jump off a waterfall a la The Fugitive starring Harrison Ford. I awoke just before I hit the water below head first.

I have hyper-realistic dreams almost every night of the week. Luckily, I have the luxury of enjoying them without as much as a whimper or erratic movement in my sleep. Some people, however, are not so lucky. Klaus favorite Mike Birbiglia is one of those unfortunate souls whose dreamscapes cross the threshhold into physical reality causing him to sleepwalk. A couple years ago Mike turned that terrible affliction into one of the most compelling and hilarious one man shows I had ever seen. It was called Sleepwalk With Me and it had a long residency here in NYC, toured all over the place, and was unanimously hailed a work of genius. I am beyond wigging out to be able to say that this epic monologue was recently turned into a motion picture!

This hilarious and poignant autobiographical film stars Birbiglia as a bartender at a Park Slope comedy club who moves in with his long-term girlfriend (Lauren Ambrose). Struggling with his relationship and his stand-up career, he also battles an extreme form of sleepwalking where he acts out his dreams--even going so far as to throw himself out of a second story window. Both earnest and surreal, this bittersweet ciné-memoir won an audience award at Sundance and was a selection at SXSW. Features appearances by comics Kristen Schaal, David Wain, Marc Maron, Wyatt Cenac, and more. An IFC Films release.

Directed by Mike Birbiglia (is there NOTHING this guy can't do?!) and co-directed by Seth Barrish, Sleepwalk With Me has been receiving some seriously and profoundly awesome critical acclaim. It was even an official selection at SxSW 2012 and Sundance 2012. The film won't be released on a large scale until August 24, 2012 but those of us in the tri-state area can see it much much sooner! The fourth edition of BAMcinemaFest kicks off on Wednesday June 20th 2012 with a spectacular screening in the BAM Howard Gilman Opera House of the NEW YORK PREMIERE of comedian Mike Birbiglia's Sleepwalk With Me, introduced by Birbiglia and co-writer Ira Glass, followed by a BAM-wide party for ticket holders. DOPE!

The show is tomorrow, and fortunately/surprisingly there are tickets still available. Also, did you see the part about how after the movie there will be a BAM-wide party for ticket holders? Did you know that the party will have free beer thanks to the fine folks at Brooklyn Brewery? Get tickets NOW. This close to the event date, I bet there are like 1.5, maybe 2 tix left.

OH, and speaking of Brooklyn Brewery and funny people; on Thursday June 21st Brooklyn Brewery is playing host to a supremely epic comedy show called Tom Shillue's Funny Story. The show will feature Shillue as well as John Mulaney, Bobby Tisdale, and more. It's a freaking pantheon of Klaus favorites. You'll also get a free pint of beer. Boo yah! I've mentioned Tom Shillue's Funny Story before. It is NOT to be missed. And the fact that it takes place at a brewery is an unbelievable scenario for your man Klaus. I feel like this show was booked solely to cater to my needs as a human being.

OH, and Mike Birbiglia is touring later this year and into 2013 too! Dates are listed below...