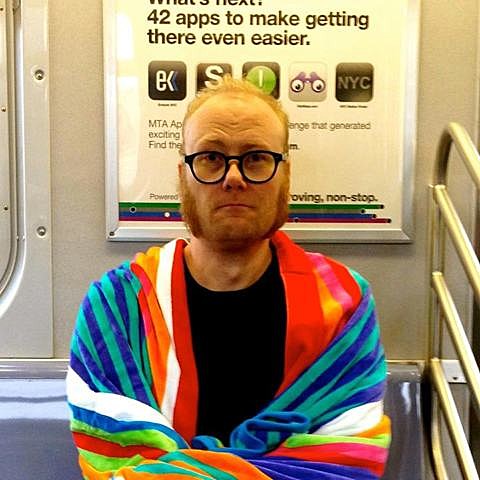 Mike Doughty has revisited songs from his '90s band Soul Coughing on his new album, Circles, which came out in September. Says Doughty of the project:

These songs are as I meant them to be, when I wrote them, in the '90s: some are club bangers, some are pop songs; in general, they're bigger, heavier, cleaner, funkier, more streamlined than the originals...

... My favorite songs on the album are the ones that, when I wrote them, I envisioned as club bangers -- I've finally gotten to make them into what I heard in my head. I spent a lot of time in the '90s in dance clubs -- house, hip hop, and techno music in New York in the early '90s, big beat and drum and bass in London in the mid-'90s. I wrote melodies on the dance floor, singing snippets of lyrics to myself, then went home and wrote them down as the drugs were wearing off.

You can check out a few videos and streams of these new versions below.

For his current tour, Doughty is also doing strictly Soul Coughing songs, and that tour finishes here in NYC at Webster Hall on November 23. Tickets to that show are still available. All upcoming dates are listed, along with those streams, below...

Mike Doughty - "How Many Cans?"