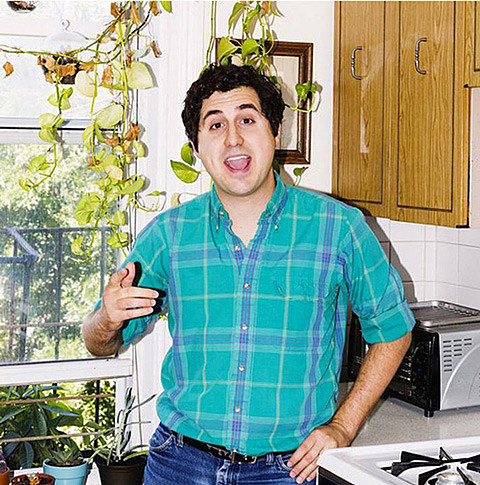 As mentioned, former Oxford Collapse frontman Mike Pace will release Best Boy, his album with new band The Child Actors, on January 13. You may have seen the funny video for "Fire Sale" already, but now you can stream the whole album of quality no-nonsense indie rock (via Stereogum), below.

Mike Pace & the Child Actors also have a song on a new compilation cassette titled Serious Rockers. Its the inaugural release from Unblinking Ear Records, a new label started by WFMU DJ Paul Bruno. In addition to the Pace cut (which leads the comp), Serious Rockers features new/unreleased songs by The Gotobeds, Literature, My Teenage Stride, Lame Drivers and 23 more quality indie rock / powerpop / lo-fi punk / etc acts. The whole thing's worth checking out and you can stream it below.

You can catch Mike Pace and Lame Drivers live at Brooklyn's Union Hall on January 16 which is the Best Boy record release show, with Lame Drivers and ARMS also on the bill. Tickets are still available.