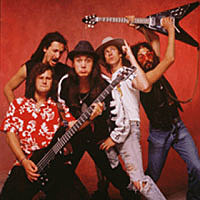 While Patton has often dabbled in film whether it was lending his voice to the creatures in "I Am Legend", his score for the indie film noir short "A Perfect Place" or Fantômas' film scoring interpretation via The Director's Cut, this marks his first proper film score.

Created during the latter half of 2008, Patton holed up in a Los Angeles studio and eliminated all other projects during the recording, a point worth noting as he is well known for being one of modern music's most prolific artists.

Patton has also provided vocals to several videogames including "Bionic Commando," "Portal," "Left 4 Dead," and "The Darkness." He also lent his voice to Adult Swim's Metalocalypse (character name: Rikki Kix). Patton just wrapped up a trek across Australia with Fantômas as part of the Big Day Out festival. His upcoming schedule includes a performance with labelmates Zu (Mar. 19 @ Great American Music Hall in San Francisco), the Coachella Valley Music and Arts Festival on Apr. 17 with Rahzel (ex-Roots beatboxer) and the highly anticipated reunion tour with Faith No More in Europe this summer.

!!!
To quote the Daily Swarm, "Seems the PR company feels scoring the latest Jason Statham sequel is bigger news than one of the most inventive heavy bands of the 80s and 90s reuniting after 11 years."

In related news, the pre-Patton frontman of Faith No More, Chuck Mosley, "is currently recording a new album at Ante Up Audio recording studios in Cleveland, Ohio. Multi-platinum producer/engineer Michael Seifert (Tori Amos, Regina Spektor, Dave Matthews, Bone Thugs 'n Harmony) is currently working on the new release with Chuck. The album is sure to please fans new and old, with a mix of hard rock and acoustic numbers." (thx Klaus)