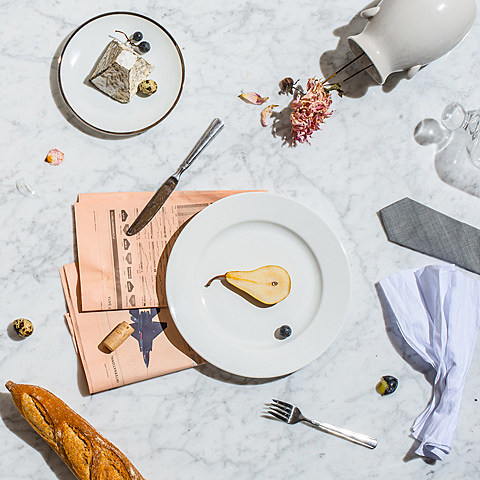 Mike Simonetti, who founded both Troubleman Unlimited and Italians Do it Better, has started a new musical project, Pale Blue, which is a collaboration with Elizabeth Wight of Silver Hand. Their debut album, The Past We Leave Behind, will be out April 14 -- that's the cover art above -- and you can stream the Italo-y title track below.

The Pale Blue album will also be the first release on new label 2MR which is part of Captured Tracks' Omnian Music umbrella. That's "Two Mikes Records," the other one being C/T domo Mike Sniper.

While Pale Blue haven't broached the subject of live performances yet, Simonetti will be DJing on Thursday (12/11) at Output as part of the Input James Murphy Vs Tim Sweeney night. Tickets are still available.