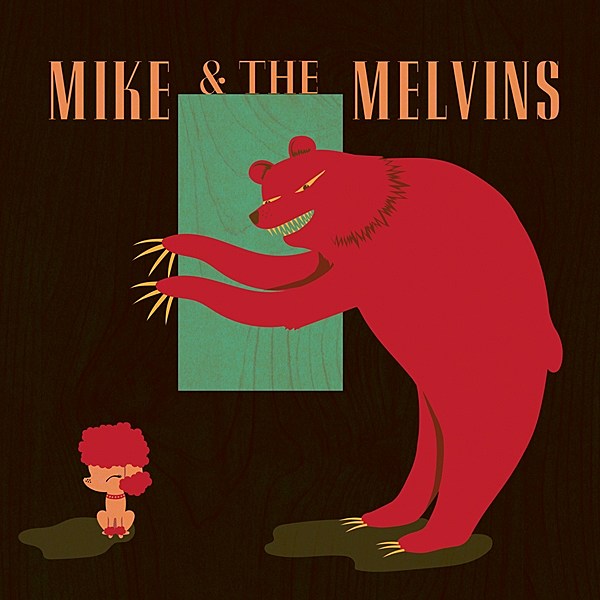 The "lost" album by Mike and the Melvins (aka godheadSilo vocalist Mike Kunka and sludge veterans the Melvins) is finally finished and coming out this year. As the story goes...

In 1998, around the time his band godheadSilo went on hiatus, bassist/vocalist Mike Kunka busied himself by tagging along on a tour with his friends the Melvins. Somewhere along the way, Mike and the Melvins - King Buzzo (guitar/bass/vocals), Dale Crover (drums/vocals), and Kevin Rutmanis (bass/vocals), at the time - decided to make a record together, and gave the project the imaginative moniker Mike and the Melvins. Sub Pop, ever on the hunt for music's Next Big Thing, enthusiastically agreed to fund and release the super-group's debut, and recording commenced sometime in 1999.

It's at this point that things get hazy. Apparently, one or more of the following happened:

Some "junior-high level bullshit."
A house was built, a barn was raised, children were born.
Typical record-label skullduggery.
A scorching case of whooping cough.
Surgery. Lots of surgery.
Shocking and poorly-timed gear theft.
Some other stuff, probably, or maybe not.

Whatever the reasons, the incomplete recording languished on a shelf from 1999 until 2015, when, much to everyone's surprise, the involved parties reconvened, finished the damn thing, and delivered it post-haste to Sub Pop International Headquarters, where it was promptly scheduled for the coveted April 1st, 2016 release date. What a story, right?

What a story indeed. The first song to come out from it is "Chicken 'n' Dump," which has exactly the kind of crushing attack you might expect from this meeting of minds. Check it out below, and pre-order the record here.