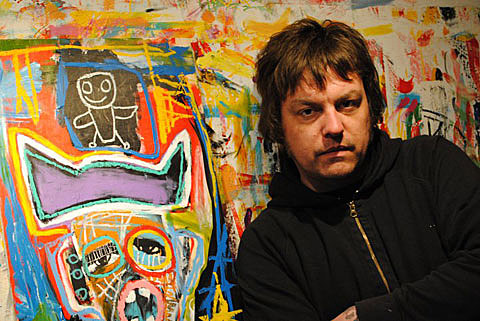 "Mikey Welsh, most famously known as the bassist for the rock band Weezer, died unexpectedly Saturday, according to the band. He was 40.

The cause of death was not immediately known.

Darryl Baety, a Chicago police spokesman, said that officers responded at 1:45 p.m. Saturday to a call from the Raffaello Hotel regarding a guest who had been scheduled to check out, but had not.

After first knocking on the door, hotel personnel entered and found someone who was "unresponsive and not breathing," according to Baety.

According to Welsh's official website, he was a painter before he made the the shift to music at age 19. A decade later, he had achieved fame as the bassist for the band Weezer, replacing the band's longtime bassist Matt Sharp.

Welsh was part of the band's 2001 "Green Album" release, which featured "Hash Pipe." The single became one of the band's biggest hits, peaking at No. 2 on Billboard's Alternative songs chart." [CNN]