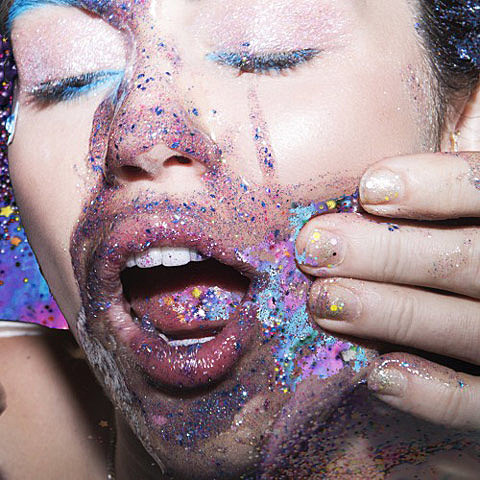 Miley Cyrus hosted last night's VMA Awards on MTV where she did things like flash a nipple and get into an onstage confrontation with Nicki Minaj, who was giving an acceptance speech for Best Rap Video. Nikki called out Cyrus in a move that seemed straight out of the WWF/WWE Wresting playbook and some think it may have been about as real as that too. Decide for yourself: video of that is below. The VMA's ended with a performance by Cyrus of her single "Dooo It!" accompanied by a flock of drag queens.

That song is from her long-in-the-works collaborative album with The Flaming Lips, titled Miley Cyrus & Her Dead Petz which also features guest appearances from Ariel Pink, Phantogram's Sarah Barthel, Big Sean, her dad Billy Ray Cyrus, and more. She surprise released it right after the VMAs and you can stream the whole thing, and watch her VMA performance of "Dooo It!", below.

Miley will host the season premiere of Saturday Night Live on October 3.

Miley Cyrus "Dooo It!" on VMAs

Miley Vs Nicki Minaj on VMAs