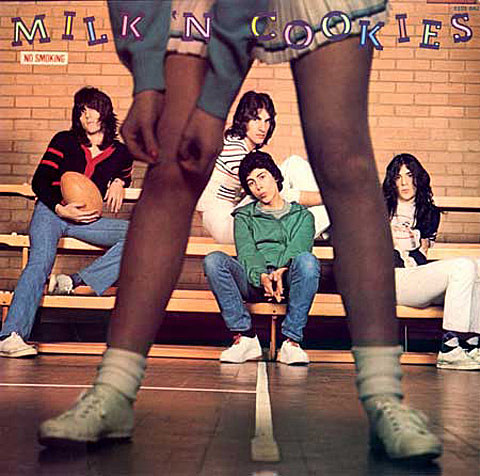 The multifarious Ian North (singer, guitarist, synthesist, producer and songwriter) was the leader of Long Island's finest contribution to wimp rock, Milk 'n' Cookies, who were playing dingy New York bars in their cute baseball uniforms when a visiting tycoon took them to England in hopes of making them a hit machine in the Anglo-pop sweepstakes. The band's sole LP -- recorded in 1975 but released two years later -- is full of catchy melodies, twee lyrics and energetic fizz-pop guitar hooks. Awfully early for the power pop revival, it never was very popular; however, fans of bands like Shoes and Sparks might appreciate its preciously naïve charms. - [Trouser Press]

Not to be confused with Chicago's "ice devouring sex tornados" of the same name, shortlived mid-'70s Long Island band Milk 'n' Cookies are having a bit of a resurgence. The band's nasally powerpop sound can be seen as a blueprint for the kind of music that is Burger Records' bread and butter, and Captured Tracks repressed Milk n' Cookies' single "Not Enough Girls in the World" this year for Record Store Day. There are more reissues on the way, as C/T has a full-length release planned for November (perhaps a reissue of the band's sole album, which is on C/T's store page but currently just links to the LP's Discogs page). You can listen to a few Milk 'n' Cookies songs below.

Milk 'n' Cookies are also back in action. They play the Burger Boogaloo in Oakland, CA over Independence Day Weekend. Right before that, they'll play a warm-up gig in NYC at Baby's All Right on July 3 with Spires and more TBA. Tickets are on sale now.

Streams and NYC show flyer below...

Milk 'N' Cookies - Not Enough Girls In The World 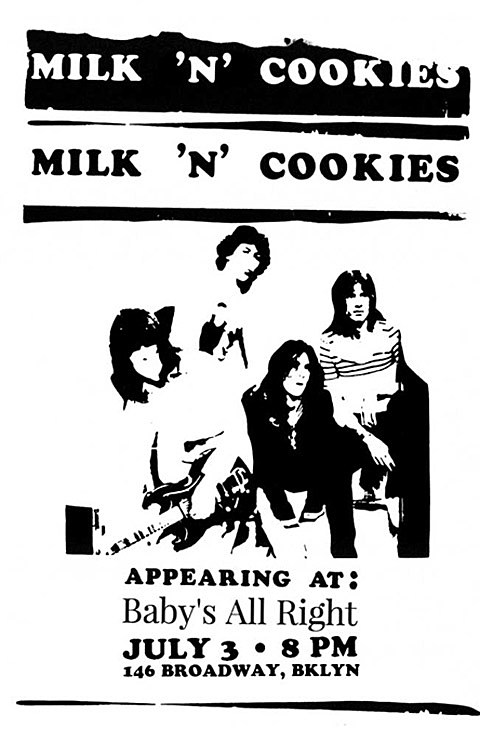