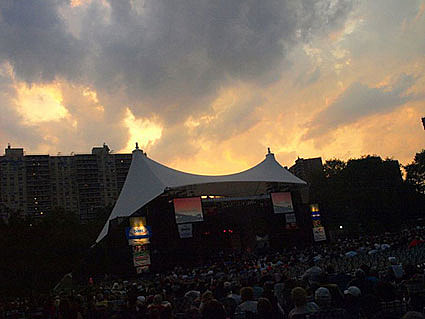 Leading the charge were two of Markowitz's pet projects: a new amphitheater at Asser Levy Park in Coney Island ($29.3 million) and renovations to the historic Loew's Kings Theatre on Flatbush Avenue ($10.75 million).

"The Coney Island Center will be a much-needed community resource as well as bring to Coney Island the kind of state-of-the-art performance facility Brooklyn deserves," said Markowitz, who has been holding a summer concert series in the park since he took office.

Markowitz said the amphitheatre will also serve as "a cherished landmark at the gateway to the revitalized Coney Island, and help to ensure Coney remains the 'Playground of America' for this and future generations."

According to sources, the proposed amphitheatre will have an 8,000 seating capacity, and a schematic design is in process now with a groundbreaking expected in late summer 2009. [Your Nabe]