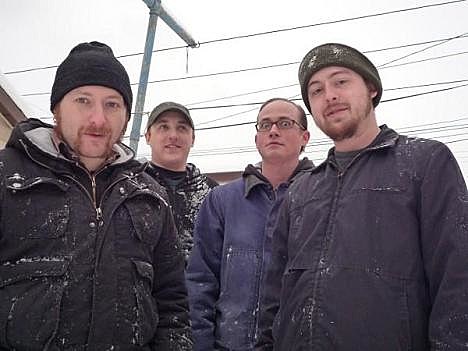 Though he isn't part of the upcoming Small Brown Bike NYC reunion shows, Scott Flaster is doing just fine as owner of Seventh Rule Recordings and as member of his latest undertaking, Millions. 2009's Gather Scatter was a critical success, and I rather enjoyed their previous EP as well, but now comes word of a new release from the Chi-city band, Panic Program. The four song EP was recorded in November and is due out on vinyl ONLY via Bloody Panda Records in early March. Preorder that 7", and check out one of the tracks, "Kept Alive by Drugs & Magick" available for download above.

Millions will hit the road to support their EP this spring, but so far have no tour dates.