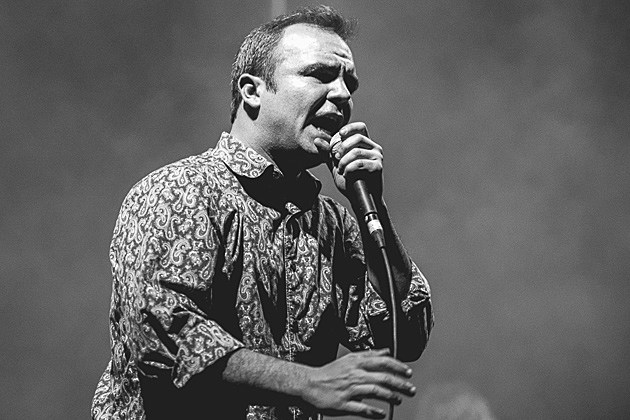 Milkwaukee indie rapper milo released two albums this year: one under his usual milo moniker called so the flies don't come and another under his Scallops Hotel moniker called Plain Speaking. He has two NYC shows this week, one under each moniker.

Hemlock Ernst, who's featured on both the milo and the Scallops Hotel albums, is the rap alter-ego of Future Islands (and The Snails) frontman Samuel T. Herring. And those milo albums aren't the only collaborations he's been doing lately. Hemlock Ernst is on the new Busdriver album, Thumbs, as is milo (and Del the Funky Homosapien, Kool AD, Jeremiah Jae, Anderson .Paak and more). He's also on two songs on Open Mike Eagle and Serengeti's new collaborative album as Cavanaugh, Time & Materials. One is "Typecast," which also features P.O.S. and Busdriver, and the other is album closer "Lemons." And he's on the recent Curse Ov Dialect single, "Twisted Strangers," which the long-running Australian group will feature on their new album due out in 2016, their first since 2009. Watch the video for that, and stream the Busdriver and Cavanaugh albums, below.

Lastly, not as Hemlock Ernst but still as a rapper, Sam teamed up with the great producer Madlib for the collaborative project Trouble Knows Me. They have a 6-song self-titled EP out now, and you can stream the title track below.