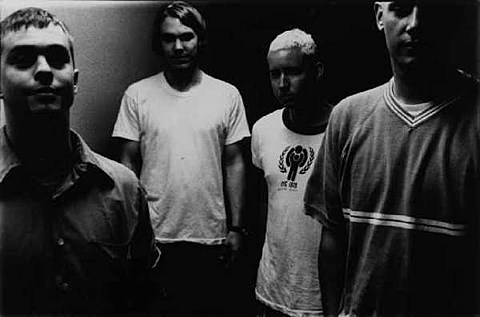 First we got new Sunny Day Real Estate music, then American Football announced shows, and now April 2014 continues to be '90s-Emo Reunion Month, because it appears that Mineral have some plans too. Details on what's actually going to happen are still scant, but the band's website links to their Facebook (launched in 2010 but still rarely updated), their Twitter (no tweets yet), and their Instagram on which they posted four pictures (two guitars, a bass, and a drumset) earlier this month. Check out those instagrams below, and stay tuned for more info.

The Austin band were only around briefly from 1994-1998 and released two now-classic full lengths -- the loud-quiet-loud emo/alternative rock of 1997's The Power of Failing and 1998's slowcore-leaning EndSerenading. After their breakup, the members went on to multiple other bands, including singer Chris Simpson and bassist Jeremy Gomez's The Gloria Record.

Watch some videos of the band's last-ever show at Emo's in Austin in 1997, with those Instagrams, below...