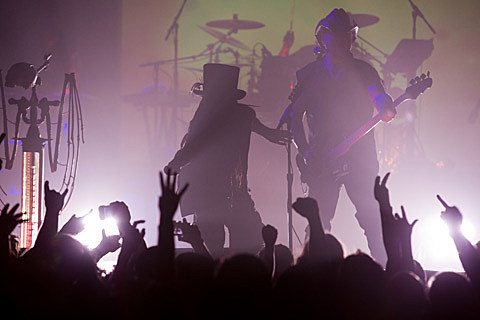 Ministry released From Beer to Eternity but didn't tour -- longtime guitarist Mike Scaccia died from an onstage heart attack which was not long after frontman Al Jourgensen had collapsed onstage in Paris. Al and Ministry are ready to get back out there, as they've announced a few tour dates for 2015, including NYC at Irving Plaza on May 6. Tickets for that show go on sale Saturday (11/8) at 10 AM.

Ministry say more tour dates will be announced soon, but all current ones are listed, along with an Rdio stream of From Beer to Eternity, below...