Having already made their way through NYC once this year, Al Jourgensen and Ministry returned for another round of maximalist, politics-forward industrial metal, this time at Irving Plaza on Friday (12/7). In addition to cuts of Ministry's current album, the anti-Trump AmeriKKKant, the set featured Ministry classics like "Stigmata," "So What" and "The Land of Rape and Honey." Setlist is below.

French synthwave act Carpenter Brut were the undercard and New Zealand thrashers Alien Weaponry opened the night. Pictures from the whole night are in the gallery above. 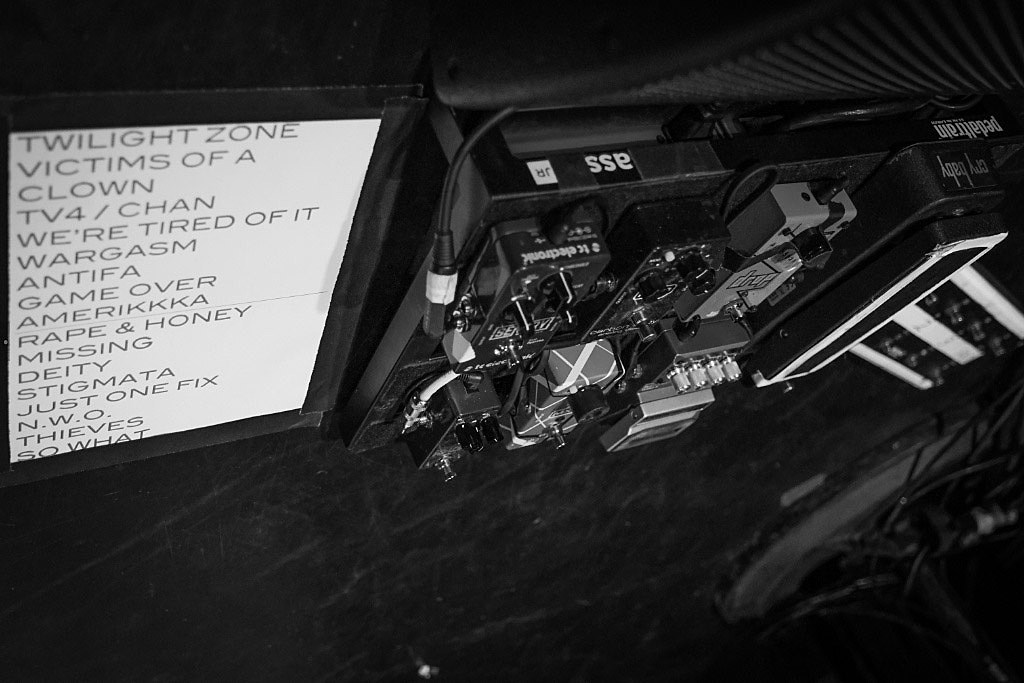 SETLIST: Ministry @ Irving Plaza 12/7/2018
Twilight Zone
Victims of a Clown
We’re Tired of It
Wargasm
Antifa
Game Over
AmeriKKKa
The Land of Rape and Honey
The Missing
Deity
Stigmata
Just One Fix
N.W.O.
Thieves
So What