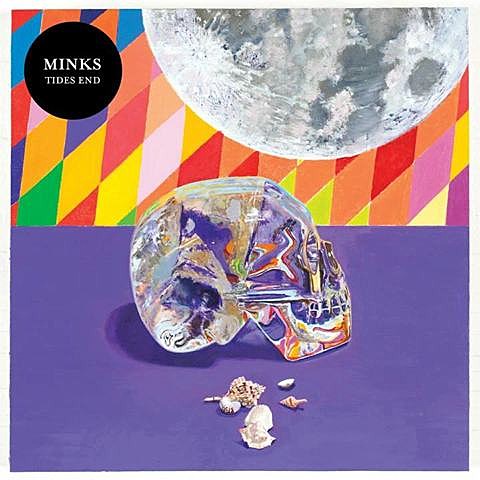 MINKS are back with their second album, Tides End, which will be out August 6 on Captured Tracks. That's the cover art above. Made after main man Sonny Kilfoyle decamped to the East End of Long Island, the record is a marked deprature from MINKS' debut, trading in murky, reverbed production for sparkling, synth-heavy pop with catchy song after catchy song. It's a really good album. You can check out the first two singles from the record (which I don't think are even the best songs on the LP) -- "Everything's Fine" and "Painted Indians" -- below.

The band will play an NYC record release show at Glasslands on August 9. Tickets are on sale now. Opening are Green Eyes, the project from Kilfoyle's brother Michael who makes the kind of twangy, spare songs you imagine being in David Lynch films. You can stream a couple Green Eyes tracks below.