photo: Minus the Bear at Best Buy Theater in 2013 (more by Dylan Johnson) 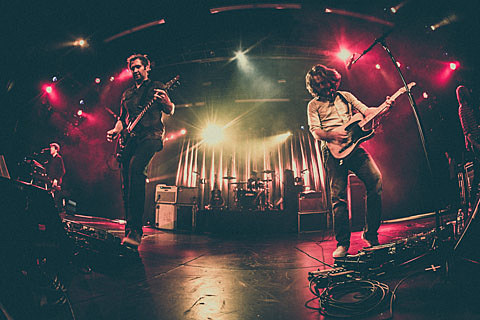 Minus the Bear are loving those album anniversary tours lately. They already did Highly Refined Pirates and the They Make Beer Commercials Like This EP, and this fall they'll do their 2005 sophomore album, Menos El Oso, in its entirety for its 10th anniversary.

One leg of dates has direct support from Murder by Death, and that one hits NYC on November 10 at Irving Plaza and Asbury Park on November 12 at The Stone Pony. Both of those shows (and all dates) also have Aero Flynn opening. Tickets for those shows go on sale Friday (7/24) at 10 AM. The Irving show also has Live Nation and Music Geeks presales starting Thursday (7/23) at 10 AM.

All dates are listed on the tour flyer, alongside the video for Menos El Oso standout "Pachuca Sunrise," below... 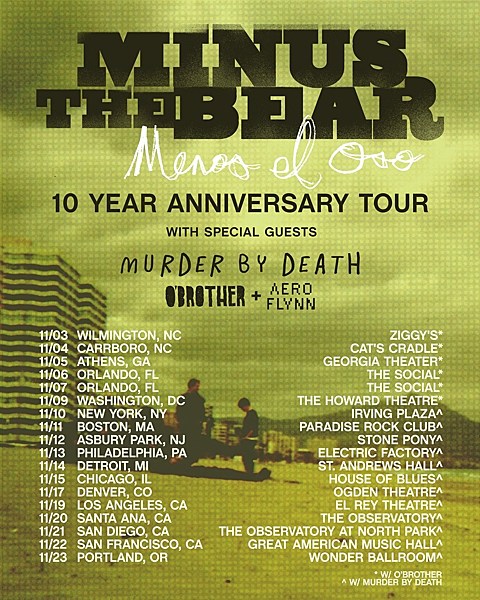