Minus The Bear @ Webster Hall (more by Chona Kasinger) 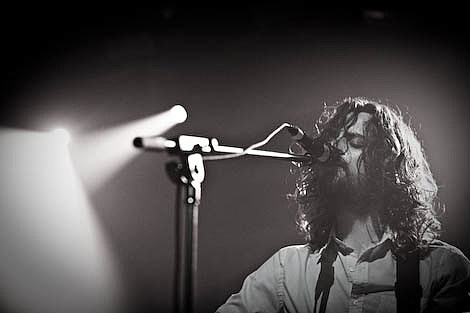 Having spent the last 4 months in Seattle's Avast! Recording Co and Electrokitty Recording studios, working on their highly anticipated fourth studio album, Minus The Bear is looking forward to debuting their new material to fans in a live setting. Produced by Grammy Award-winning producer Joe Chiccarelli (My Morning Jacket, The White Stripes), Minus the Bear will give fans a sneak peek at the ...sessions by releasing the new album's first single "Into The Mirror,"... Set for an October 27th release, the single will include b-side "Broken China" [and] ...will only be available as a special 7" and through digital music stores.

Minus The Bear will debut that new material while on the road, playing October 15th at The Gramercy along the way. New Idea Society open. Tickets are on sale. All dates below...