Minus The Bear at Webster Hall (more by Matthew Eisman) 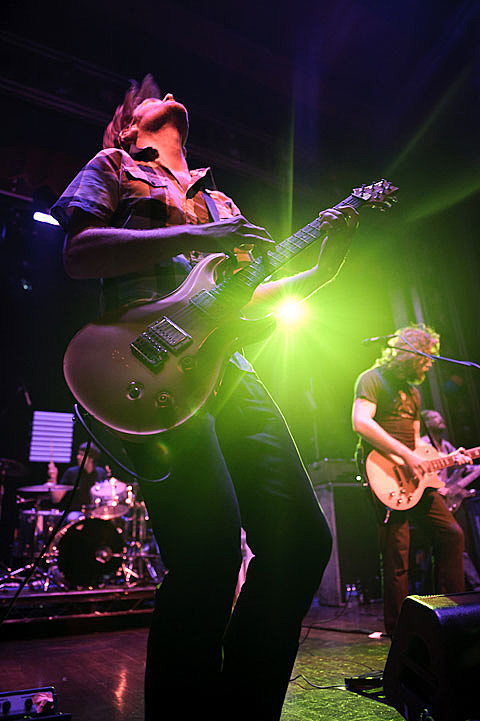 After headlining Webster Hall in July, Minus The Bear has stepped it up by scheduling a show at Terminal 5 on December 4th with The Whigs as part of a larger East Coast jaunt. Tickets go on sale on sale Friday, October 1st at noon ($25.50 advance / $30 day of show).

The band is touring off of their new and biggest LP yet, Omni, and will hit the road in middle October for a string of West Coast dates before hopping the pond to do Europe with Jimmy Eat World and then back to the US for some East Coast love.

All tour dates and some video of the band on Jimmy Kimmel Live is below...

--
Minus the Bear Performs "Hold Me Down"

Minus the Bear Performs "My Time"