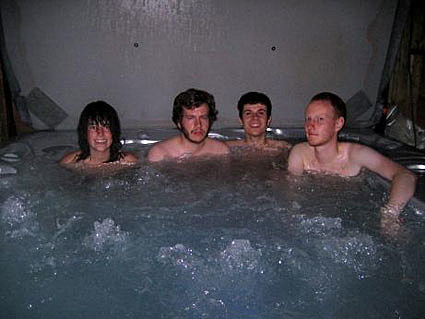 Miracle Fortess was planning on making their NYC debut at Bowery Ballroom during CMJ, but as you might remember, there were complications that stopped that from happening. They're going to try again - this time as part of a short East Coast tour with The Most Serene Republic. Tickets are on sale for a March 21st show at Mercury Lounge that Rolling Stone and Stereogum Band to Watch Liam Finn is also playing. All dates below....