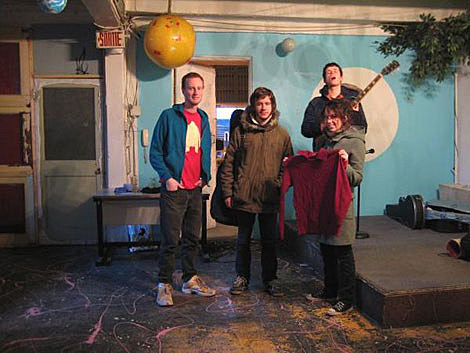 Think About Life (who have a new CD and a CMJ show... info in a sec) member Graham Van Pelt is the main force behind Miracle Fortress, a band that also includes Jessie Stein who is also in popular Montreal band The Luyas.

And though they haven't released anything since 2007's Polaris-nominated Five Roses, Miracle Fortress is going on a tour at the end of October with Australia's Liam Finn (who hits Canada, the UK, Australia and New Zealand on his own). Those dates include a November 4th show at the Bell House in Brooklyn. Tickets are on sale.

Liam Finn recently made an EP with Eliza Jane called Champagne In Seashells which is out now via Yep Roc Records.

Some videos and all tour dates below...

Miracle Fortress - Have You Seen In Your Dreams