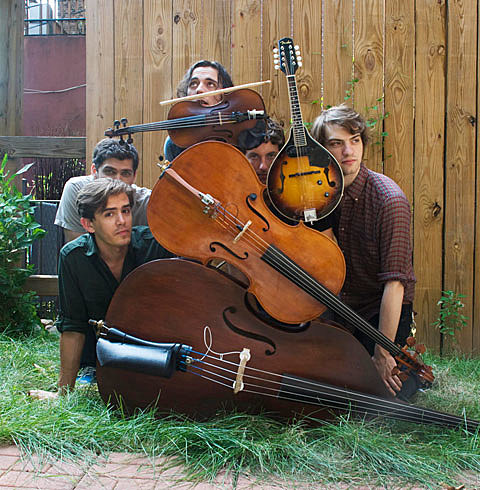 Brooklyn's guitar-less rock band Miracles of Modern Science released their debut LP Dog Year towards the end of last year and played a sold out record release show for it at Pianos in December. You can stream and purchase the album (name your price) at bandcamp.

Miracles of Modern Science have another NYC show coming up which will take place at Mercury Lounge on February 3 with Quintus, Ambassadors, and The Break Mission. Tickets are on sale.

In other news, Miracles of Modern Science made a video called "Bon Joviver," in case you ever wondered what it would sound like to combine Bon Jovi (who are playing Bamboozle) and Bon Iver (who are playing SNL) past the point of making a portmanteau of their names. Check it out below.