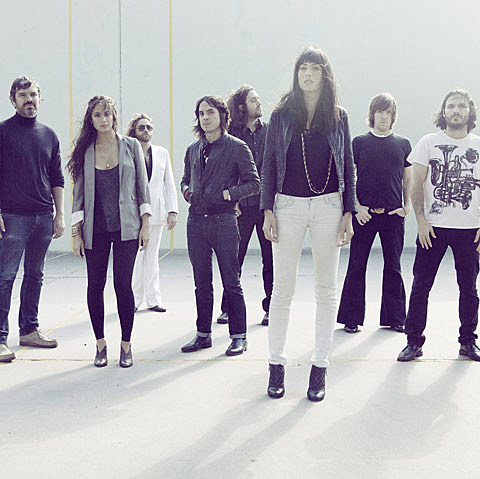 We'll start this week with a contest. The Phenomenal Handclap Band play Music Hall of Williamsburg this Saturday (6/12) and if you'd like to win a pair of tickets, just send an email to BVCONTESTS@HOTMAIL.COM with "Phenomenal" as the subject line (include your first and last name) and we'll pick a winner at random and notify them on Friday. The show is 18+. If you've never seen PHB before, it's '70s psychedelic disco overload, like if Michael Viner had formed a cult where the drink was Mai Tai's, not poison Kool Aid. The record is fun, but seeing them live is where it's at. And, like I said, where it's at is MHoW. 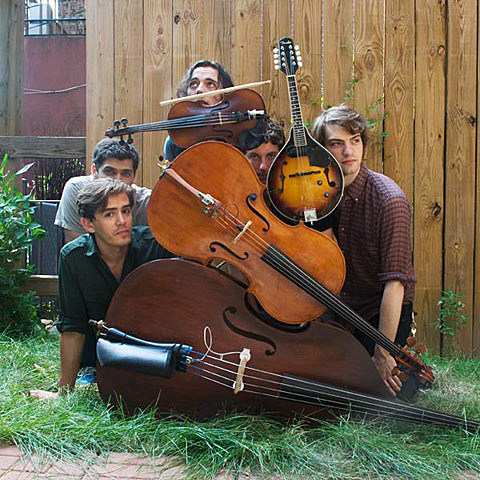 If The Incredible String Band wasn't already taken as a band name, that might have been a good one for the next group I'm going to talk about, but since it was they opted for Miracles of Modern Science. Eschewing guitars, the go for cello, double bass, violin and mandolin (plus drums). Actually, I'm pretty sure the whole "science" aspect of their name comes into play too, what with song titles like "I Found Space" (downloadable above), "Bossa Supernova" and "Luminol." So their music is nerdy in two completely separate ways. But it's also clever and catchy and not really pretentious despite all that goddamn science and orchestral stuff they're throwing in our face.

Miracles of Modern Science have a residency at Cake Shop starting this Thursday, with The Albertans (ex-Bravo Silva),  The Royal Chains, and Quiet Loudly rounding out the bill. MoMS play the two following Thursdays as well. 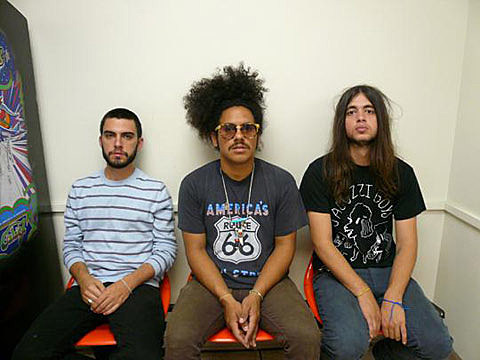 Friday night has two competing shows -- both in Williamsburg --  for your garage rock dollar, and if you're into this scene at all you're going to find it difficult to choose between them. Or at least pause for a second.

At Death by Audio, there's Quintron and Miss Pussycat, JEFF the Brotherhood and Golden Triangle. Actually, garage isn't the right term for Quintron's sleazy keyboard R&B which is augmented by some homemade equipment like the Drum Buddy, The Disco Light Machine and the Spit Machine. Quintron shows are a party. As are JEFF shows as you should know by now. As are Golden Triangle shows. Both of whom will be in their element at DBA and it will no doubt be packed to the gills and sweaty as hell. If you want to see JEFF and Quintron (who are on tour together) in more temperature-controlled environs, they also play Santos on Sunday (6/13). More dates HERE and below.

The other garagey option Friday (6/11) is at Knitting Factory with what is a pretty killer bill: Seattle protopunks The Spits, and the depraved lunacy that is Nobunny, plus Florida's Jacuzzi Boys and Liquor Store. I've written about The Spits and Nobunny before so I'm gonna focus on Jacuzzi Boys here if I may.

While definitely within the garage milieu, there's definitely more going on here with this Miami trio. Jacuzzi Boys sound is less blown-out sounding than most of their brethren, with a  strong post-VU New York vibe with them -- Television and The Feelies are pretty obvious influences here I think -- and their album from last year, No Seasons, is pretty damn great. A new single on Mexican Summer is worth checking out too, and you can download it's A-side at the top of this post.

If you can't make it Friday, Jacuzzi Boys also play Cake Shop on Sunday (6/13) with K-Holes (mems of Black Lips) and Xray Eyeballs (half of Golden Triangle). 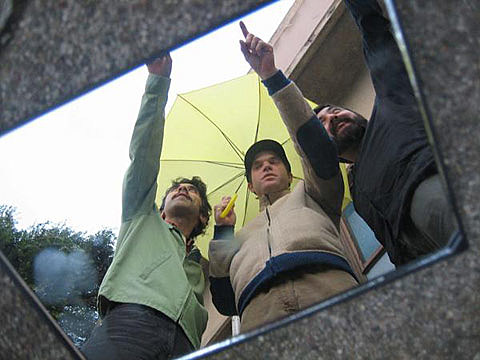 Visiting us from San Francisco are The Aerosols, playing four shows this weekend, hitting three boroughs. When you hear about Bay Area bands these days, you tend to think of reverb, scratchy guitars and in-the-red levels of distortion. The Aerosols are more a little more jingle jangle, blissed-out sunshine pop that might go better with a nice cup of tea instead of a PBR. You can check out their song "China" at the top of this post to hear what I mean but if you dig mid-90s Elephant Six you're gonna like The Aerosols. The band they really remind me of -- and I'm going obscure here -- is the late '90s UK band Salako who put out records on Jeepster (Belle & Sebastian's original label) who always sounded to me like a field of daisies.

The Aerosols play Thursday night (6/10) at Silent Barn with My Teenage Stride, Dream Diary (who were one of the Popfest highlights this year) and The Surpriserswhich I think is the don't-miss show of their NYC visit.

School of Seven Bells debut material from their quite good second album, Disconnect from Desire, tonight and tomorrow at Mercury Lounge. Both shows are sold out but lurking outside hoping someone's got an extra ticket does pay off sometimes.

Breakthru Radio are throwing a fifth anniversary party at Glasslands with Glass Ghost, Werewolves, Phil & the Osophers and My Teenage Stride. It's a free show with free beer. 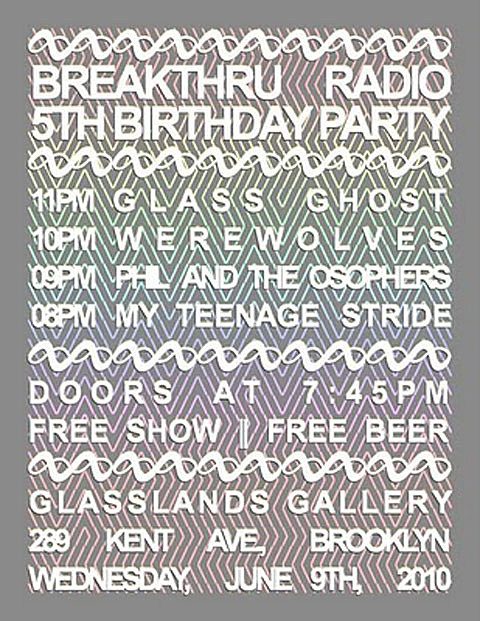 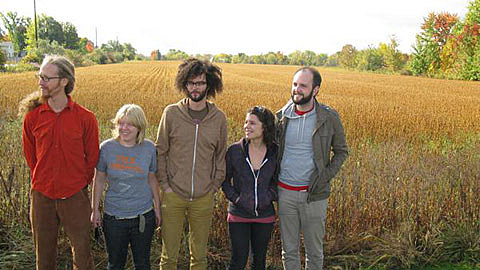 Death by Audio hosts a record release party for Starring whose album Wife of God is being released by Death by Audio Records. Also playing are Skeletons (who share members with Starring) and Grooms, plus writer Chris Weingarten will DJ between sets. 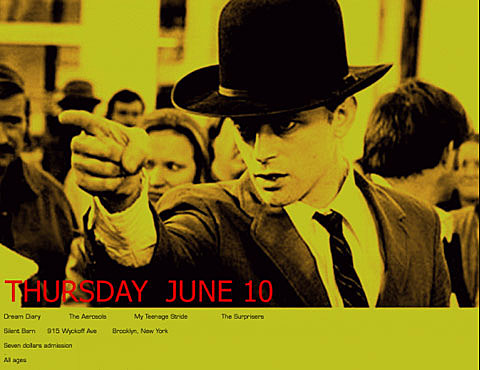 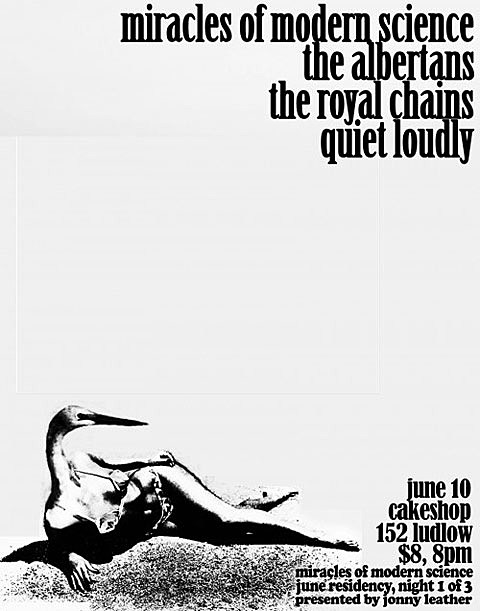 Friendo (featuring member of Women) and Yourself & the Air are at Cake Shop.

And The Phenomenal Handclap Band are at Music Hall of Williamsburg... we're giving away a pair of tickets you may remember. See top of this post for details.

OK that's enough for one this week I think. Flyers, videos, tour dates and more below.... 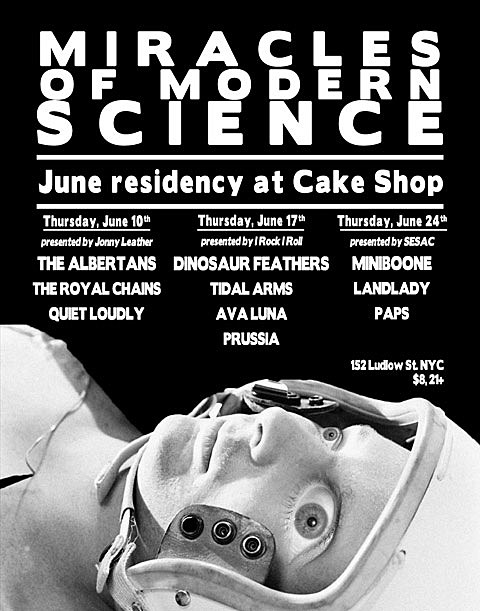 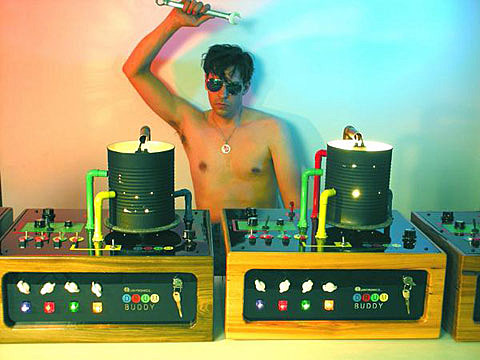