Death Vessel in Chicago in March (more by Jeff Ryan) 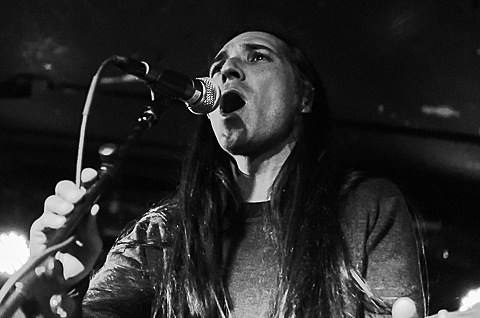 Mirah and Death Vessel both released solid folk-ish albums this year -- Changing Light and Island Intervals, respectively -- and now they're set to go on a tour together this fall. That tour hits NYC on October 11 at Le Poisson Rouge. Tickets are not on sale yet, but should be soon. All dates are listed below.

Death Vessel in Berlin in April 2014