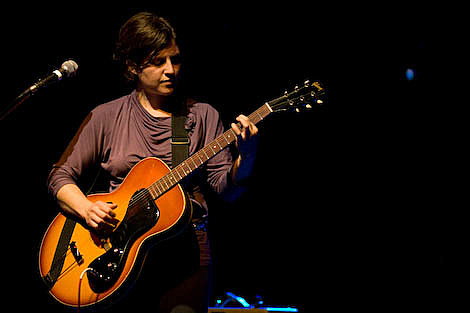 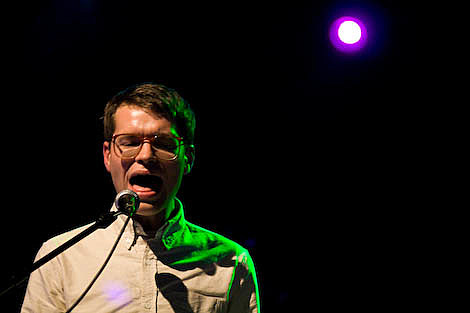 Mirah will play a show at NYC's Market Hotel on Sunday, May 3rd with TJO (aka Tara Jane O'Neil), Tall Firs, and Air Waves. Mirah's latest record, (a)spera, came out on K Records on March 10th. O'Neil's own K Recs release, A Ways Away, is due out May 5th.

Market Hotel is a considerably different venue than the Highline Balroom, which Mirah and O'Neil played when they last visited NYC during last year's CMJ. In May, Mirah will tour across Europe with Tara.

Mirah, Tara and No Kids all also meet at What the Heck Fest in Anacortes, WA, which runs July 17th-19th. The line-up for the three-day fest is posted below. Passes are on sale.

No Kids, who also played that Highline show, have their own NYC dates coming up in May. Singer Nick Krgovich will play two shows with To Bad Catholics, his side-project with No Kids singer/synth player Julia Chirka. They'll visit the Cake Shop on Tuesday, May 19th with Skeletons. Then, they'll perform at new Ditmas Park venue Sycamore on Wednesday, May 20th. Katie Eastburn (from Young People) opens both shows.

Nick Krgovich recently gotten into writing musicals (which seems to be a something of a trend). Perfomances of Krgovich's "In The Yard, Havin' Fun," commissioned by Vancouver's PUSH Festival, took place in early February. The show included contributions by Parenthetical Girls, Juana Molina, and others.

On No Kids' Myspace is a remix of the band's "For Halloween" done by "Robby from the terrific PDX [a.k.a. Portland] group WHAT'S UP?...for an upcoming 12"."

"In The Yard, Havin' Fun" poster, all tour dates and full What the Heck Fest line-up, below... 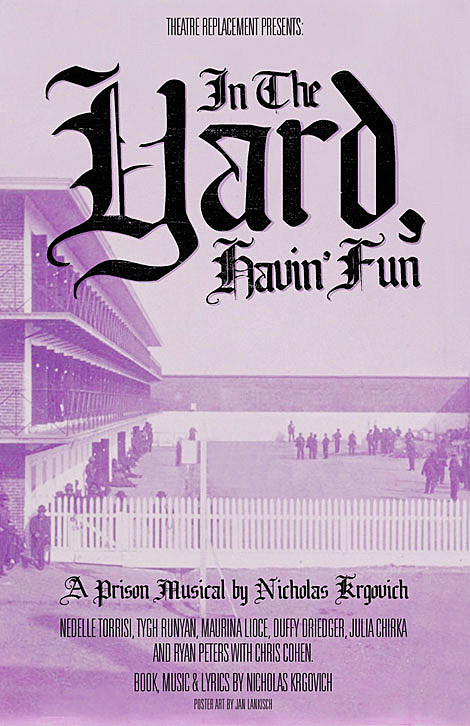