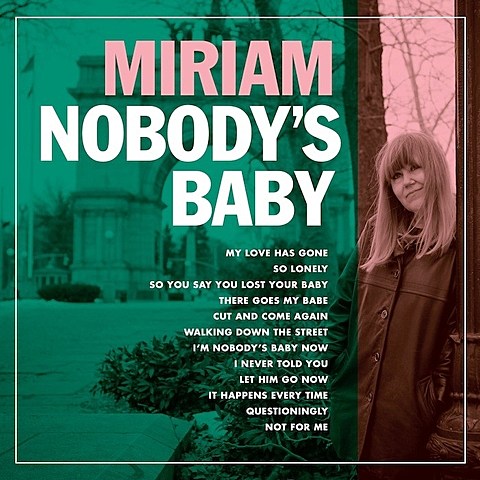 Miriam Linna, Kicks fanzine writer, The A-Bones drummer/singer, Norton Records co-founder, and all-around punk/garage rock veteran, released her first solo album, Nobody's Baby, on Norton this year under the name Miriam. You can get a taste of that album from its single, "My Love Has Gone," which combines the garage rock you'd expect from Miriam with Phil Spector-esque pop, below.

Miriam has an upcoming NYC show scheduled, opening the Bell House (10/10) stop of The Muffs' tour. Since we last spoke, Vivian Girls/Hole-related band Upset were also added to that show, making for a solid triple bill. Tickets are still available.

We also just caught The Muffs at Burger A-Go-Go Fest with Best Coast, Dum Dum Girls, and many more. If you missed them, check out our pics.

Stream that Miriam track, with a recent live video, below...