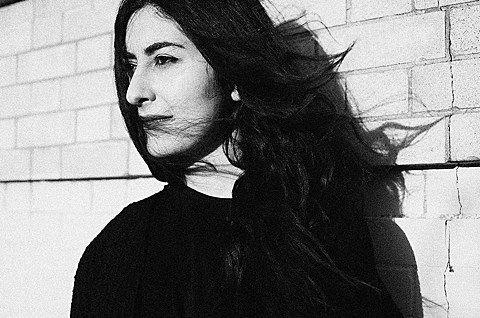 Last year, former Whirr singer Kristina Esfandiari released the Halloween Dream EP under her Miserable moniker. This week (9/4), the a deluxe edition of the EP with bonus tracks will come out via The Native Sound (pre-order), and one of those bonus tracks premieres in this post. It's called "Palmistry Notes," and in contrast to the heavy shoegaze of lead single "Bell Jar," this is dark loner folk that would've fit on the first Chelsea Wolfe album. Check it out below.

Kristina's other moniker, King Woman, also has a new EP out this year.