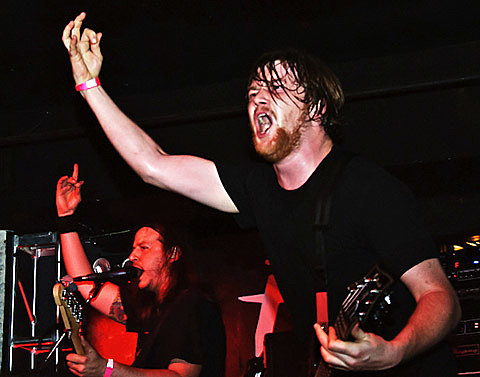 Due to a series of unfortunate events, we're not doing any shows on any shockwave/Fear Factory/Voivod etc. tour. It's cancelled. Sorry for the confusion, we are extremely upset about this and sorry to any fans who bought tix. [Misery Index]

To say that the Shockwave tour, which featured Misery Index with Voivod, Cattle Decapitation, Fear Factory and more, was an unmitigated disaster is probably an understatement. All dates were cancelled in the wake of cancellations by Voivod and Fear Factory (the tour did not have a planned stop in NYC).

That said, Misery Index is picking up the pieces and scheduling dates on the East Coast in the wake of this, crossing paths with a burgeoning tour from Baltimore grind greats Triac and Amputee for a show at Saint Vitus on August 16th. Tickets are on sale for the show that will also feature Radiation Black Body and Strong Intention.

All Misery Index dates and some video is below.