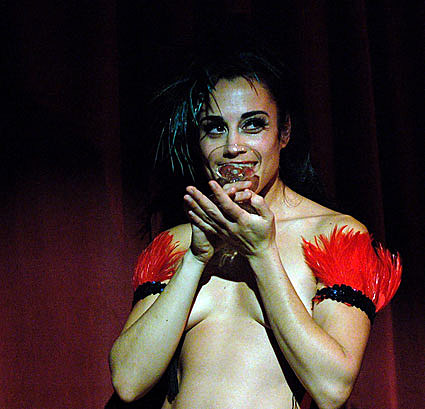 Wednesday night (Dec 6, 2006) I ended up at this fancy-like party at the Player's Club on Gramercy Park in Manhattan. It was sponsored by Dewar's who threw the bash in pretend-honor of Repeal Day (the end of prohibition). There were DJ's, a set by the band The Rosewood Thieves (V2), and burlesque hosted by Murray Hill. One of the burlesque dancers was Miss Harvest Moon. 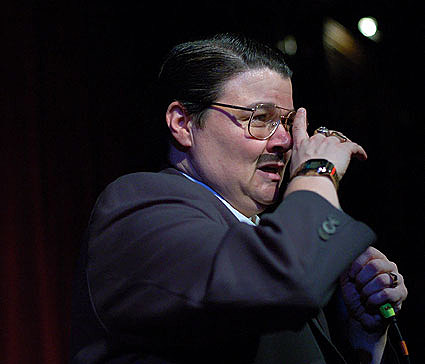 "In 2001, Harvest Moon moved to New York, where she has since been actively making a name for herself in the New York Burlesque scene, performing both solo and with a newly-formed East Coast troupe of Cantankerous Lollies. Miss Moon's emerging solo work has been noted for its elegance and classic form. She blends vintage Burlesque style with a unique and suprising element borrowed from the circus' big-top. Her acts never fail to bring down the house, often featuring hula hoop acts, silouhetted glass-balancing acts performed behind muslin screens, impossible contortions, and other sexy stage acrobatics" 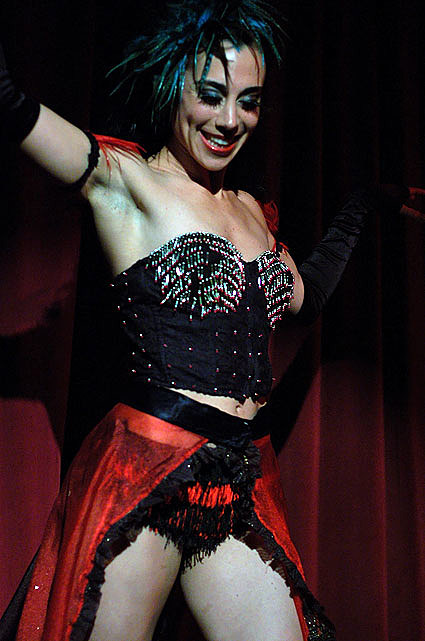 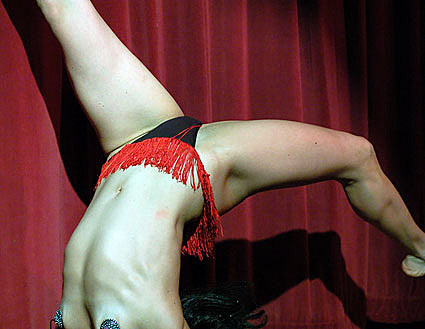 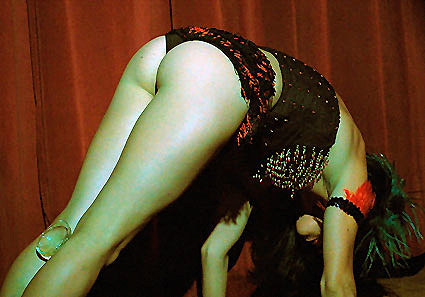 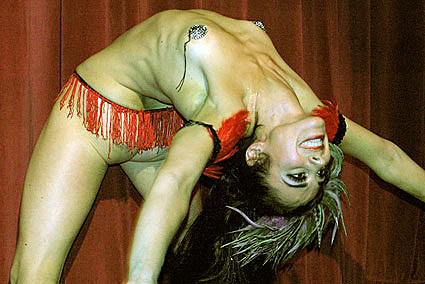 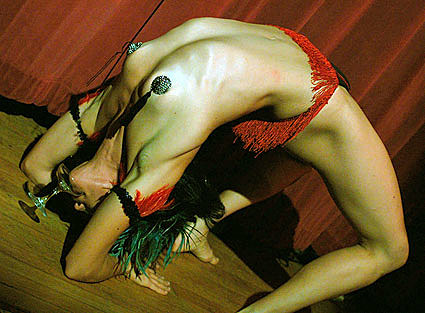 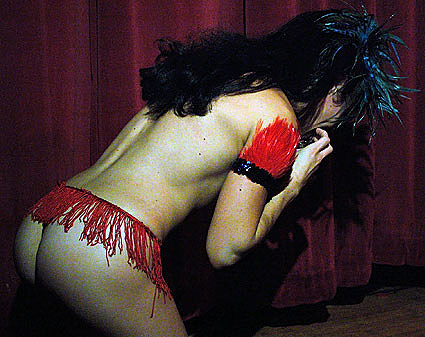 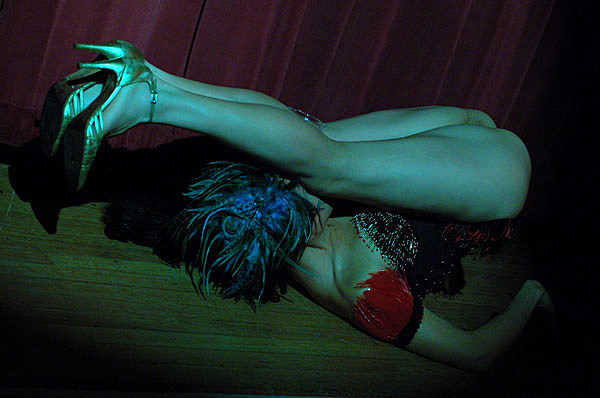 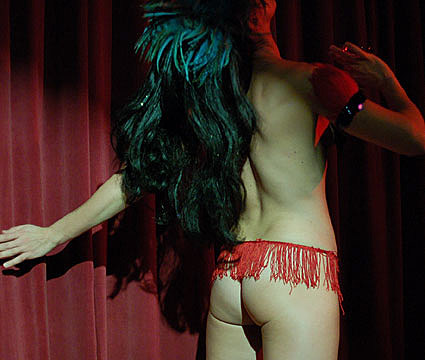 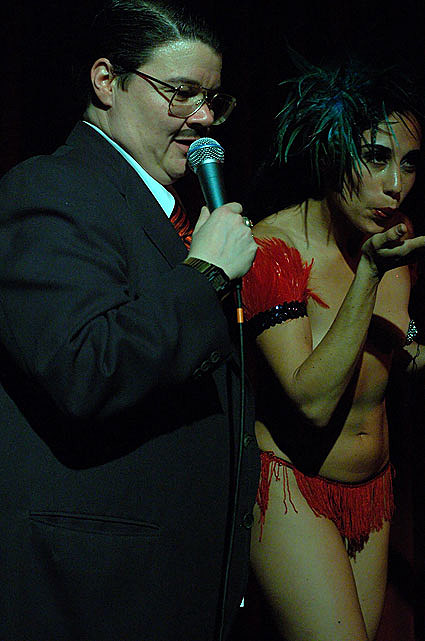