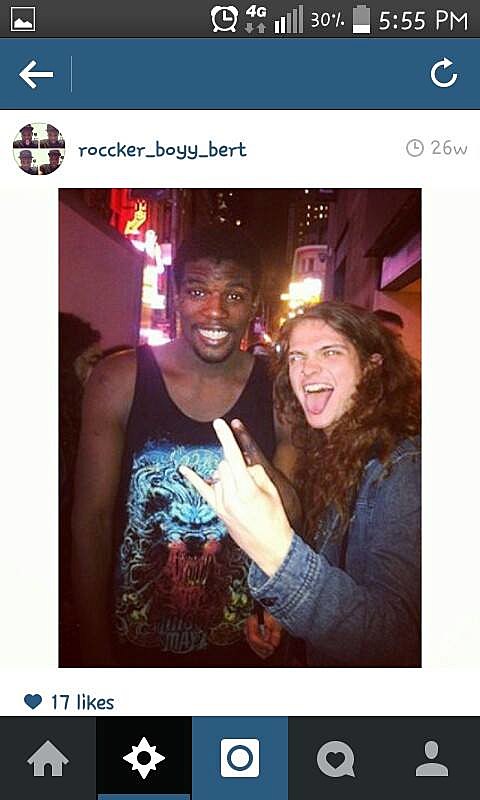 A fan died at Rise Records-signed metalcore band Miss May I's show at the Studio at Webster Hall in NYC Saturday night (the same night Against Me! was playing the save venue in the Grand Ballroom), possibly after stage diving. Limited details have been released but the band posted the following message:

Hey everyone, we are aware of the incident that occurred at Webster Hall last night and will be posting a statement shortly. However, we are awaiting further information regarding the situation before we are able to make a full statement

In the comments of that post, one fellow fan wrote:

A kid stage dove and nobody caught him. He suffered a serious blow to the head and paramedics & doctors weren't able to save him. Club and show venues need to really enforce the "No stage Diving" rule so stuff like this won't happen. The stage is meant for the band to be on and the band only. R.I.P Alberto.

UPDATE Webster Hall says that despite what people are saying at Miss May I's Facebook, "the patron in question did not die while stage diving. The patron collapsed while exiting the venue, as video footage and the police corroborate."

Sinestra Studios reports that he was 21 year old Alberto Scott and they've collected testimonials from those from the scene who knew him:

"The first time I met Alberto was around Veil of Maya in 2013. He was doing his thing and my first impression was "man, I do not want to get in there with that guy. He's like the terminator Kevin Hart." Then I gave him a pat while I went and did my thing. We talked for a bit and after that, I knew He was one great mosher and a very cool f**king guy from start to finish and I'm gonna miss those kicks he does when he throw down. The scar on my lip from his kick during The Word Alive's set at Memphis May Fire was an honor. R.I.P Alberto, You were a good friend. Stay moshing in heaven man."

The picture above was posted by a Jenise Ramos Sarraga who also wrote:

This is the young man that died last night. No one blames the venue or the band, he lived and breathed Miss May I and truth is he hadnt been feeling well before the show. He was my daughters best friend and came home after this picture crazy excited. He even hung a dollar bill signed by [Miss May I vocalist] Levi. Until autopsy results come in no one will know what happened. All I ask is for prayers for his friends and family and that God provide a way to be able for them to be able to cover funeral expenses. No one thinks that they will have to bury a 21yr old. Miss May I made him happy. Thanks.

Jenise has also started collecting money where she writes:

On 5/3/14 this vibrant 21 year old young man with a passion for Screamo music and big dreams went to his favorite band's concert and collapsed and died after dancing. His only family is his sister and her family who all live in Florida and are already struggling financially. Please consider donating to help this family say goodbye to a life gone way too soon. Any amount would help to ease this family's burden at this painful time. Thank you in advance.

Rest in peace Alberto, and people be careful out there.