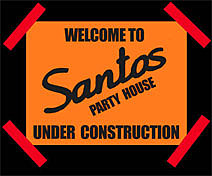 The new venue with an identity crisis. The popular former weekly party (and associated celebrities) that everyone loves to hate. A new website. A British band signed to Domino. Their labelmate on the ones and twos. Other stuff..... 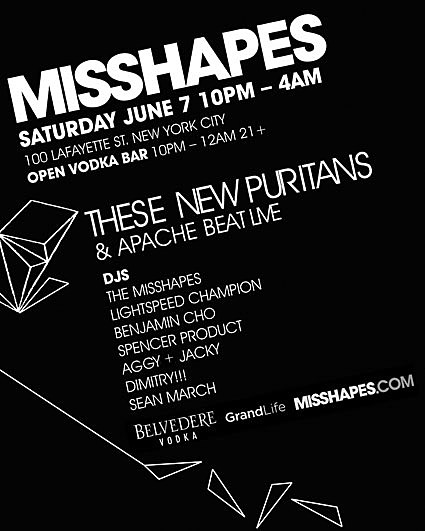 MISSHAPES.com launch event... the Misshapes crew joins us for a special evening on BOTH floors to celebrate the official launch of Misshapes.com. Featuring live performances from These New Puritans and Apache Beat plus a bevy of DJs, this is defnitely going to turn into a surreal dance party,
for sure.

ALSO this weekend at 100 Lafayette

NICKY SIANO!!! The legendary DJ (The Gallery/Studio 54) debuts his new WEEKLY residency in our downstairs disco space! Expect to hear an evening of RARE records, disco edits, and sonic surprises!