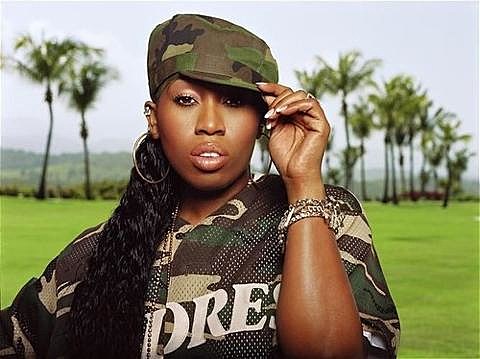 Missy Elliot hasn't released an album since 2005's The Cookbook, and it's looking like her much-delayed release, Block Party, will finally be seeing the light of day this year. It's becoming one of those Detox-style delayed albums, so we shouldn't get our hopes too high, but a December 18 release date has been set and she recently dropped two singles, "Triple Threat" and "9th Inning" (both featuring Timbaland), which you can stream below.

Missy is also set to make a video for "9th Inning" and if you're a dancer and you live in NYC, she wants your help with it. She's holding dance auditions and the deadline for submissions is TODAY (10/5) at 4 PM. All details on what you need to do to submit are on the flyer, which you can see below.

Maybe Missy Elliott superfan Mister Lies, who will be in NYC tonight (10/5) for a show at Cameo and sticking around for CMJ, will try out? 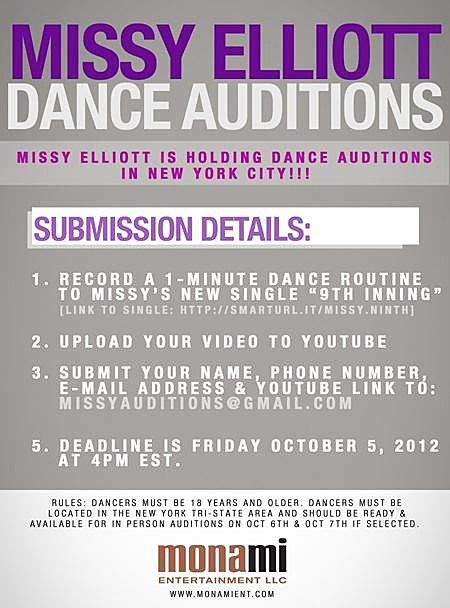