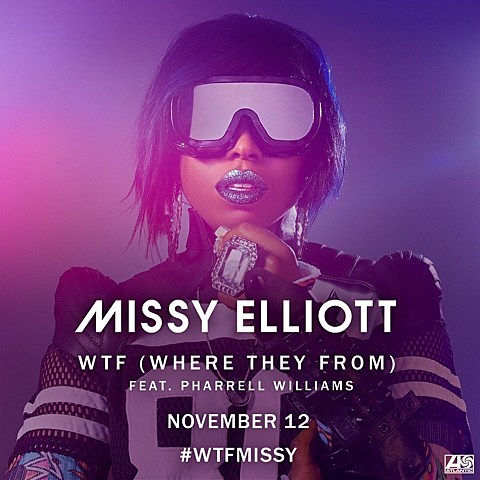 It's been ten years since Missy Elliott released an album, and she hasn't put out a new song since putting out her Timbaland collabs "9th Inning" and "Triple Threat" in 2012, but a new song finally came out today. It's a collaboration with Pharrell Williams and the beat is about as Pharrell as it gets, which should bring you right back to the mid-2000s. You can watch the very Missy Elliot style video for the song, titled "WTF (Where They From)," below. What do you think?