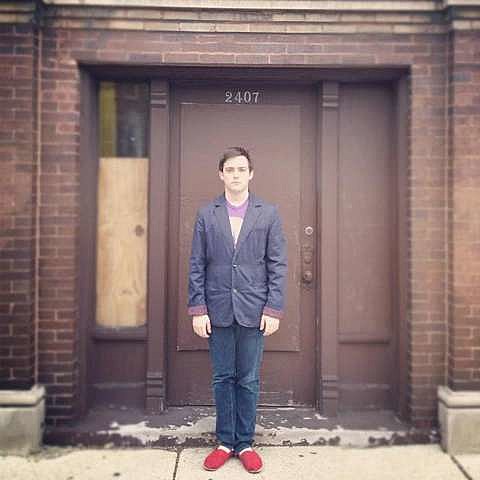 Mister Lies, the moniker of 19 year old producer Nick Zanca from Connecticut, who is now living in Chicago where he attends Columbia College, surfaced earlier this year with the striking Hidden Neighbors EP, which you can download for free above. He's since followed that with the "I Walk" single with vocals from Jessica Blanchet, contributed three songs to the Svengali Vol. 2 compilation, put out a collaborative EP with fellow Chicagoan Different Sleep called Mass, and signed to Lefse (Youth Lagoon, How to Dress Well), who will release his debut album. In advance of that album, he's releasing the "Dionysian" b/w "Waveny" 7" on Lefse on October 2.

Mister Lies' sound is very informed by the post-James Blake world of electronic music where bass swells rather than drops, snares are replaced by clicks and snaps, and vocals are rarely delivered in the pitch of the clip they were sampled from. Like labelmate Youth Lagoon, Mister Lies got his start playing in pop punk bands, but as he got a little older and was left to himself in a bedroom with a few instruments and a laptop, he began developing a taste for beauty and atmospheres in his music. Mister Lies' instrumentals recall the work of those early James Blake singles, recent work by Balam Acab, and of course the ever-mentioned reference point Burial, but the songs with vocalist Jessica Blanchet are where he's at his strongest. When he brings live vocals into the mix, it's a little more Nicolas Jaar and Sasha Spielberg than it is SBTRKT and Jessie Ware, despite the latter's closer ties production wise. You can stream a number of Mister Lies tracks below.

Mister Lies made his hometown live debut in Chicago this past July after making his official live debut a month earlier in LA with Tycho. He's set to play another hometown show with Xiu XIu in September, and after that, he'll play a release party for the "Dionysian" 7" at Cameo on October 5, for what will be his first NYC show. Support at that show will come from Evenings and Beat Culture. Tickets go on sale Monday (8/20) at noon.

A list of all dates and streams are below.