photo: Mitski at MHOW in March (more by Amanda Hatfield) 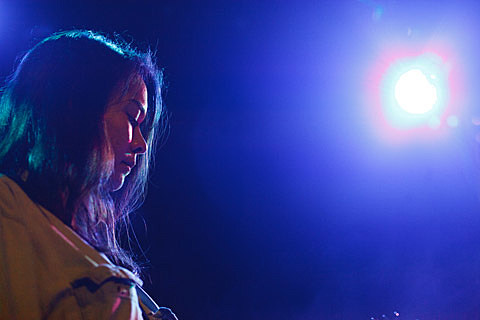 Mitski released her great album Bury Me At Makeout Creek in 2014 on Double Double Whammy, then repressed it this year with bonus tracks on Don Giovanni, and as a live performer she only gets better and better. It's exciting to learn that she's signed to Dead Oceans, making her labelmates with The Tallest Man on Earth, Phosphorescent, and more. Congrats Mitski!

The label writes, "Excited to announce that Mitski is joining our family. More news to come, but look for new music in 2016!" We're looking forward to hearing it. Meanwhile, watch the video for "Townie" off her last album, below.