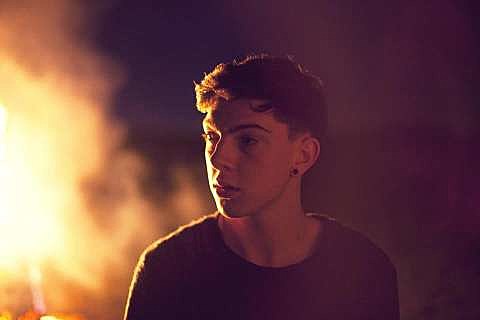 Jack Colleran doesn't sleep, and it shows. The 18-year-old producer, who goes by the name MMOTHS, has embraced endless nights and bags beneath his eyes in exchange for something more; a uniquely ethereal sound that's entirely his own. Disregarding genre conventions, the Ireland-based artist and producer mesmerizes with sparse synths dripping in reverb, transforming digital soundscapes into organic songs, equally fit for both a night on the town and one spent indoors in the company of candlelight. [Rough Trade Shops]

MMOTHS (not to be confused with MMOSS) is currently on his first North American tour that hits NYC tonight (6/19) at Glasslands with Young Yeller, Jacob 2-2, and Cult Fever (tickets). He'll play again on Wednesday (6/20) at Mercury Lounge, opening for The Hundred in the Hands and tickets for that show are still available. You can check out tracks from MMOTHS' debut EP below, along with a just posted song, "Folding," a video, and a list of all upcoming dates below.