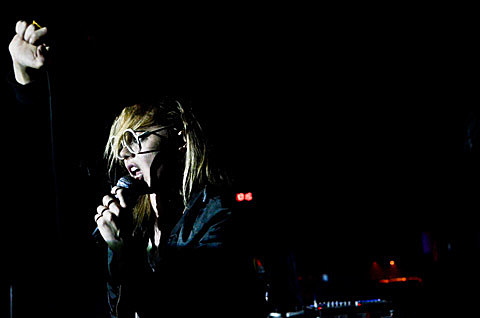 The L Magazine kicks off a three-date monthly series called Audiophile at Brooklyn Museum on Friday (4/15). The inaugural date will feature appearancess by MNDR and New Villager at the museum starting at 7PM, with a round of free "cocktails compliments of Brooklyn Republic Vodka" until 8PM. The show is FREE with admission to the museum.

The following months offer interesting choices as well, as MEN (who play Coachella this weekend) will team with Savoir Adore on 5/13 and Theophilus London and a guest will hit on 6/10.

MEN, who played Music Hall of Williamsburg on April 7th, and Savoir Adore are featured on the Pray for Japan (with Music) vol.1 compilation, out now on iTunes.

Brooklyn's own Punches recently dressed up the New Villager track "Lighthouse" for a remix which premieres in this post. Download it above. Stream it below. The New Villager LP, due via IAMSOUND, drops on 8/16. Check out the remix, as well as the original video for "Lighthouse" and a recent video for Theophilus London's "Why Even Try", below. 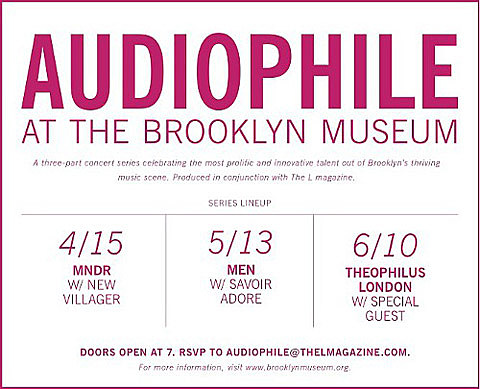